As the nation has experienced devastating weather this past year, these harmful patterns should be considered.

According to the The Sun-Gazette, Biden has signed into law the $1.2 trillion Infrastructure Investment and Jobs Act and much center-stage attention has begun giving way to the president’s roughly $2 trillion health care, education and climate-change package that remains some distance away from final resolution and a presidential signature.

But, like it or hate it, what has transpired on the infrastructure front, the topic demands important additional consideration from an aspect that did not receive much public discussion leading up to last Monday’s signing ceremony.

“Across America, historically anomalous weather is overwhelming infrastructure and government systems designed to withstand the weather of the past, forcing cities and utilities to rethink resiliency plans,” the article said.

The article began with mention of the 22-foot-high flood wall that was supposed to protect a water treatment facility near the Schuylkill River from a storm categorized as a 100-year event. However, when the remnants of Hurricane Ida battered the area near Philadelphia in September, the 18-inch-thick wall proved to be no match for the record rains that inundated the area.

Omicron Variant Found In Wastewater Samples Across The U.S. 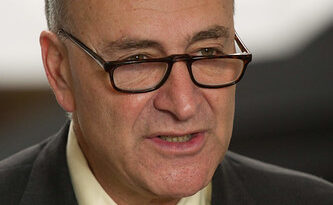 Water Resources Bill To Be Pushed Forward By Schumer