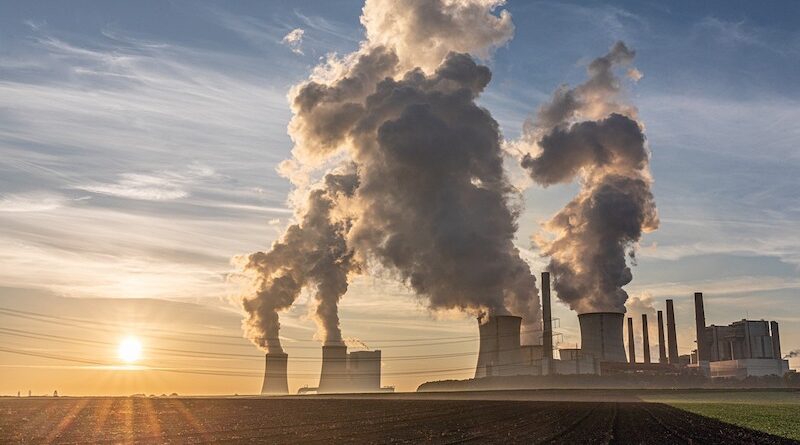 U.S. emissions rose 7 % through the end of October.

According to Energy News Network, the finding was echoed by the U.S. Energy Information Administration, which is also projecting a 7 percent increase in energy-related emissions. The increase puts the United States on a steep path to achieve President Biden’s climate goal of reducing emissions 50 percent from 2005 levels by 2030.

“Anytime emissions go up, the problem gets harder and the clock is ticking for 2030,” said John Larsen, an analyst who tracks emissions at the Rhodium Group, a consulting firm. “The U.S. has its work cut out for it.”

The carbon backslide comes after pandemic lockdowns in 2020 sent America’s greenhouse gas output plummeting by more than 10 percent. Coal, oil and gas consumption all increased in 2021 as the American economy began to recover. If there is a silver lining, it is that U.S. emissions remain below 2019 levels.

But the math of reaching Biden’s target is daunting. When Rhodium mapped out a pathway to a 50 percent emission reduction, it estimated carbon output would have to fall 5 percent every year to achieve the 2030 target. That amounts to cutting between 230 million to 240 million metric tons of carbon dioxide annually, or about how much carbon is released in Florida every year.

By comparison, annual U.S. emissions reductions averaged slightly less than 1 percent, or 61 million tons, between 2005 and 2019, according to EPA figures. The 7 percent backslide in 2021 is equal to 270 million tons, according to Carbon Monitor. Devashree Saha, a senior associate at the World Resources Institute, said the increase underscores the need for Congress to pass the $555 billion in climate and clean energy spending called for in the “Build Back Better Act.” Without it, the U.S. is only on course for emissions reductions of roughly 30 percent by 2030.

“It is a daunting challenge to get to a 50 percent emission reduction by 2030,” Saha said. “We need an all-hands-on-deck approach to solve this challenge.”

Passing “Build Back Better” would put the U.S. on track for a 43 percent reduction in emissions, she said. “Of the policies being talked about, the ‘Build Back Better’ provisions are our best bet in terms of enabling the U.S. to even get within striking range of the 2030 goals.”

The Infrastructure Bill Is Vital But It Must Focus On Productivity

U.S. cities with the cleanest air