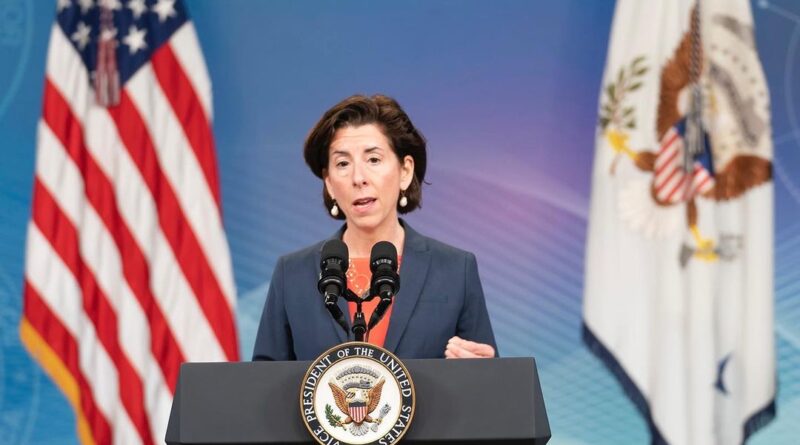 Founded in 1978, NTIA is responsible under law for advising the president on telecommunications and information policy issues. Its programs and policymaking prioritize expanding broadband Internet access and adoption in America, expanding the use of spectrum by all users and ensuring that the Internet remains an engine for continued innovation and economic growth.

“The Commerce Department and NTIA are working to ensure that every single American, from urban to rural to Tribal communities, can access the internet and participate in our modern economy.” Gina M. Raimondo, Secretary of Commerce

NTIA is also engaged on issues such as online privacy, copyright protection, cybersecurity and the global free flow of information. Today, more than 30 million Americans live in areas where there is little or no broadband access.

The pandemic has made it painfully clear that access to reliable high-speed internet is a necessity for everyday life. Under the leadership of Secretary Gina M. Raimondo, the Commerce Department and NTIA are especially focused on expanding broadband and closing the digital divide in the United States once and for all.

This ambitious undertaking builds upon the work already being done at NTIA through its various broadband programs including the Connecting Minority Communities Pilot Program, the Broadband Infrastructure Program (BIP) and the Tribal Broadband Connectivity Program (TBCP).

Thanks to President Biden’s Bipartisan Infrastructure Law, the Commerce Department and NTIA will be able to finally close the digital divide and bring affordable, high-speed internet to every American.

This landmark legislation also triples the funding for NTIA’s TBCP from $980 million to $3 billion, includes $2.75 billion to fund the Digital Equity Act, and provides $1 billion toward middle-mile connections.

These efforts will be supported by the dedicated public servants who work at NTIA and will be greatly enhanced by the 120 additional personnel the agency plans to hire to work with state and local leaders throughout the award process.

The Rural Electrification Act brought an essential utility to millions of Americans and allowed them to fully participate in the modern economy. In the 21st century, access to high-speed internet is as essential as electricity.

The Commerce Department and NTIA are working to ensure that every single American, from urban to rural to Tribal communities, can access the internet and participate in our modern economy.

For more information on the NTIA visit, www.ntia.doc.gov.