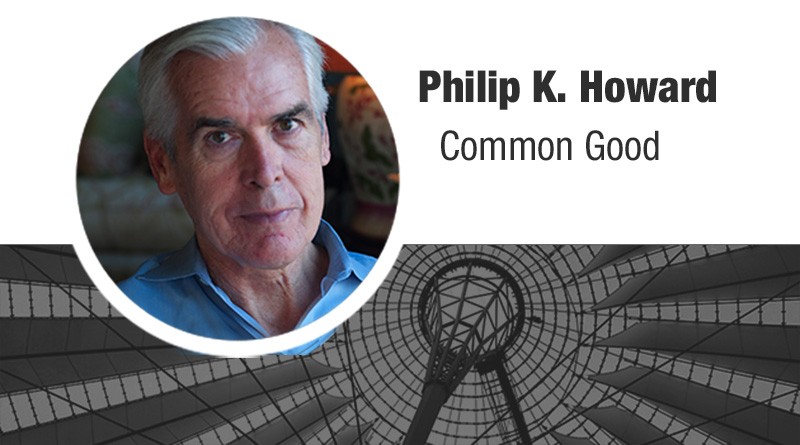 A new process to modernize America’s infrastructure is needed to avoid these costs, stimulate vital sectors of the economy, and create employment for upwards of two million Americans

Rebuilding America’s decrepit infrastructure requires a new permitting system. Approvals today can take a decade, sometimes longer. Delay dramatically adds to costs and prevents projects from getting off the drawing board. Lengthy environmental review usually harms the environment—prolonging bottlenecks that spew carbon into the air and waste into our waters.

Time is money: America could modernize its infrastructure at half the cost while dramatically enhancing environmental benefits, with a two-year approval process.

Our analysis shows that a six-year delay in starting construction on public projects costs the nation over $3.7 trillion, including the costs of prolonged inefficiencies and unnecessary pollution. This is more than double the $1.7 trillion needed through the end of this decade to modernize America’s infrastructure.

Our infrastructure approvals system is an accident of legal accretion over the past 50 years. Environmental review was supposed to highlight major issues in readable reports so that officials could make an informed decision. Today, it drags approvals out for years and produces reports that run thousands of pages, without materially improving project design or decision-making.  Environmental review has become a weapon to stop projects, not a tool for officials to make projects better.

In the Common Good report, we propose a dramatic reduction of red tape so that infrastructure can be approved in two years or less – not ten years. This can be accomplished by consolidating decisions within a simplified framework, with deadlines and clear lines of accountability.

The upside of rebuilding infrastructure is as rosy as the downside of delay is dire. America can enhance its competitiveness and achieve a greener footprint. Upwards of two million jobs can be created. Economic and environmental benefits from modernized infrastructure will dramatically exceed the costs.

Estimating the costs associated with delay (which include direct costs, opportunity costs of lost efficiencies, and environmental costs of the status quo) is an exercise in approximating orders of magnitude. In the report, we assume an average unnecessary delay of six years for infrastructure approvals. The cost projections based on this assumption are intended to provide a general sense of costs and lost efficiencies from delay.

Rough as they are, the results are astonishing. We estimate a six-year delay cost of over $3.7 trillion; the total cost of modernizing American infrastructure, according to the 2017 “report card” by the American Society of Civil Engineers, is about $4 trillion. These costs aren’t abstract: our aging power grid wastes the output of 200 coal-burning plants annually; freight bottlenecks lead to hundreds of thousands of unnecessary truck trips from container shipping ports every day; deteriorating water infrastructure is responsible for rising rates of water-borne illness.

As a general order of magnitude, bureaucratic delays cause harms and increase costs in an amount that exceeds the total cost of modernizing America’s infrastructure. The inescapable conclusion is that bureaucratic delay is irresponsibly costly and extraordinarily harmful to the environment.

The sources of this delay are legal and procedural requirements that disempower anyone from making common sense judgments needed to move projects along. No official in the current legal quagmire has authority to approve projects—not even the President. Even projects to repair or update existing infrastructure require years of process from multiple agencies, while decisions on new infrastructure often require a decade or more for approval.

Environmental review has become an endless exercise in fault-finding. Fear of litigation leads to “defensive environmental review”—any conceivable issue that might be raised in litigation is covered in the review.  Meanwhile, no environmental official has the job of deciding the scope and adequacy of review, or resolving other issues around review. Because no one has authority to draw the line, decisions tend to descend to the lowest common denominator—any idea gets included in the environmental report.

At the same time, project proponents must navigate a plethora of permitting requirements that are duplicative, and often contradictory. In the federal government, dozens of agencies form an interconnected regulatory framework, each with its own regulations and priorities. State and local governments impose additional requirements, often duplicative of their federal counterparts. The overlay of multiple regulatory regimes makes compliance difficult and sometimes impossible.

What’s missing from both environmental review and permitting generally is a coherent hierarchy of authority in which accountable officials can balance different regulatory and public interests. Our current system leaves little room for this critical decision-making.

To rebuild America’s infrastructure on an efficient and timely basis, America must rebuild its outmoded and tangled legal infrastructure. We propose four major changes in approach:

Any of the proposals set forth above can be done as pilot projects, or for limited categories of projects – for example, only for projects that CEQ concludes are likely to have a net positive environmental impact.

The status quo is unacceptable. Decrepit infrastructure is dangerous, costly, and environmentally destructive. It drags down the economy. A new process to modernize America’s infrastructure is needed to avoid these costs, stimulate vital sectors of the economy, and create employment for upwards of two million Americans.

The core goals of environmental review and public participation remain as important as ever. But they must be paired with practical realities of time limits and budgetary constraints, and fit within a structure with clear lines of authority so that decisions can be made and responsible officials held accountable. America needs modern infrastructure, not years of legal process and bickering.

Philip K. Howard is the former Vice-Chair at Covington & Burling LLP (now Senior Counsel), and a noted authority on the effects of modern law and bureaucracy on government and society.  Howard is the author of bestselling The Death of Common Sense, and most recently, The Rule of Nobody, which was nominated for the Friedrich Hayek Prize. He is founder and Chair of Common Good, a non-partisan reform organization advocating radical simplification of regulatory structures. The Advisory Board of Common Good is a “who’s who” of America’s leading citizens, including former Senators Bill Bradley and Alan Simpson. 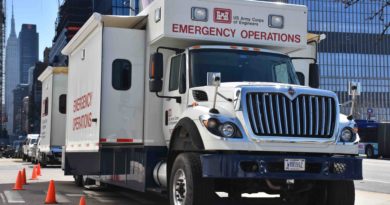 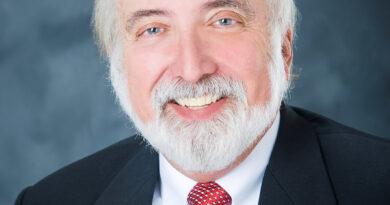