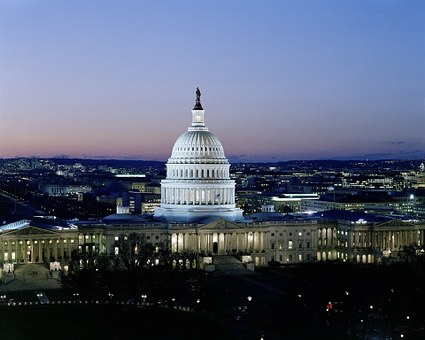 “For the past two years, President Trump has worked to make America less secure for working families. He has undermined our economic security by inflicting a needless government shutdown that forced nearly 10,000 Oregonians to be furloughed or work without pay. He’s threatened our border security by focusing on a symbolic wall at our southern border instead of making much-needed investments in our Customs and Border Patrol (CBP), Transportation Security Administration (TSA), and Coast Guard. He’s worked to chip away at protections for Americans with pre-existing conditions. He’s endorsed policies that make it more difficult to afford the cost of a higher education. And he’s allowed the failed trade policies of the last twenty-five years to continue, shipping family-wage jobs overseas and allowing our trade deficits to skyrocket.

“The president is holding the American people hostage as the threat of another government shutdown looms large. The recent shutdown – the longest in American history – cost the U.S. economy $11 billion and pushed many of the more than 800,000 federal employees and contractors forced to go without their paychecks to the brink of financial disaster.

“That’s why I invited Coast Guard Master Chief Petty Officer Jason Vanderhaden as my guest to tonight’s address. MCPO Vanderhaden represents the thousands of brave men and women who protect our nation’s waterways—the only branch of our military that was forced to go without a paycheck during the government shutdown.

“Unfortunately, President Trump continues his relentless pursuit of funding for a wall along the southern border. We cannot address 21st century challenges with medieval technology. I believe that we need strategic, evidence-based investments in our ports of entry and our maritime border that will allow us to prevent drug, human, and weapons smuggling, deter people who attempt to illegally enter the United States, deport those that commit crimes, and regain control of our borders.

“Congress needs to invest in state-of-the-art technology to locate drugs, weapons, and humans hidden in vehicles and cargo containers crossing at legal points of entry. We also need substantial investments in the Coast Guard, including additional personnel, offshore cutters, fast-pursuit boats, helicopters, air support, and more, in order to give the Coast Guard the resources it needs to target, detect, and disrupt more than the 20 percent of known drug movements it currently intercepts. We also need to hire more judges for our immigration court system, which has a backlog approaching one million cases, and to invest in proven, reliable alternatives to detention programs, such as the Family Case Management Program, that will ensure people awaiting immigration court proceedings show up for their hearings.

“Tonight, President Trump said that investing in our transportation infrastructure should be one area where Democrats and Republicans unite. I agree—our crumbling roads, bridges, transit and rail systems, airports, and harbors impact every community across our country. None of this can happen, however, if we continue to ignore the looming crisis facing the Highway Trust Fund. We face a $1 trillion surface transportation investment gap over the next 10 years to fix the infrastructure we have, meet future needs, and restore our global competitiveness. Any serious infrastructure proposal must provide sustainable, long-term federal funding so we can make these necessary investments, create millions of living-wage American jobs, increase economic growth, and decrease congestion and emissions. I will work to build bipartisan agreement around legislation, but I can’t do it alone. This will require massive effort from the White House, stakeholders, and supporters in Congress to get something real across the finish line.

“Tonight, we heard President Trump lay out his vision for a bipartisan drug pricing deal. However, any plan to address our nation’s shortfalls on this vital issue must include finally allowing Medicare to directly negotiate drug prices. My legislation, the Prescription Reduction in Costs for Everyone (PRICE) Act, would repeal the prohibition on the federal government’s ability to negotiate Medicare Part D drug prices. Under the current system, drug companies have free reign to charge Medicare recipients whatever they want for prescriptions. This system has resulted in billions of dollars in handouts for drug companies over the years, while seniors across the country regularly ration their medications because they can’t afford the high costs of their prescriptions. Every other country in the developed world permits their government to negotiate drug prices for their citizens—it’s well past time that the U.S. does the same.

“We cannot expect to prepare our nation’s young people to be competitive in a 21st century economy if we do not provide them a pathway to an education. However, for too many Americans, the financial barriers to obtaining and paying for a higher education are insurmountable. I believe an education—whether from a vocational school, a community college, or a traditional four-year college—ought to provide opportunities for students, not financial burdens. Unfortunately, the Trump Administration has enacted policies that have made it more difficult for young people to afford a higher education and has repeatedly supported predatory lenders over consumers. That’s why I’ve introduced legislation, the HIGHER ED and AID Acts, that would make it easier for students to attend and pay for higher education.

“President Trump has repeatedly promised to renegotiate the North American Free Trade Agreement’s (NAFTA) disastrous policies or end U.S. involvement in the pact altogether. Despite these promises, the outsourcing of family-wage American jobs has continued, our trade deficit has ballooned, and the revised NAFTA  promotes many of the same damaging provisions as its predecessor.

“While the agreement addresses some of the long-standing issues I have fought against, the deal falls short of what the president promised and does not truly protect American jobs, workers, or our environment. As currently written, the agreement would not stop corporations from pursuing the same job outsourcing policies inflicted upon working families by the original agreement, fails to require participating countries to adopt and enforce environmental protections, and delivers big pharmaceutical corporations new powers to block competition from generic manufacturers and lock in high prices for Americans’ prescription drugs.

“We need a deal that puts American workers and families ahead of big corporations. I remain committed to much-needed improvements, including tougher labor and environmental standards, in order to create a trade deal that works for all Americans, not just the wealthiest.”

Tighter Wastewater Regulations Can Lead To Fewer Earthquakes In The Midwest