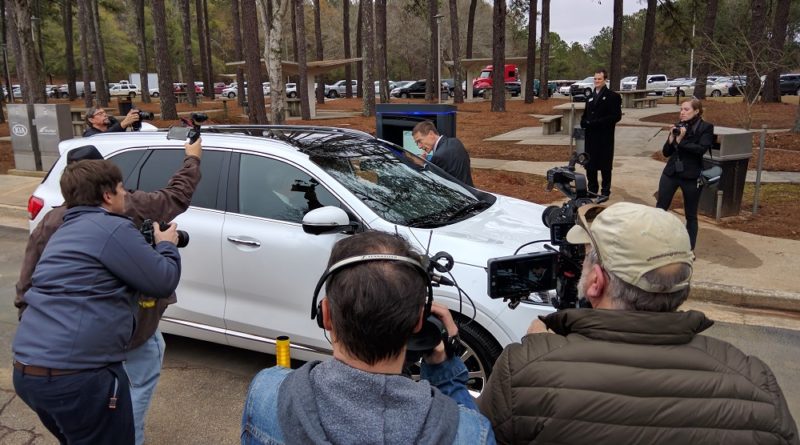 Highway star – how a sustainable interstate in Georgia could show us the future of smart highways. John Catling, CEO of cloud-based tire management technology company WheelRight, believes a sustainable highways project in the state of Georgia could provide a best practice model for transport planners across the USA.

Connected cities continue to build momentum, which is understandable given the significant influence this approach to civic management can have on people’s lives. However, when it comes to developments concerning intelligent highways, progress is less dynamic.

An example of a connected highway that offers an interesting model for transport planners and policymakers across the USA is The Ray, an 18 mile stretch of interstate in the state of Georgia.

Originally established by a charitable foundation, The Ray offers an inspiring vision of how highways could look in the near future. Drivers crossing the state border from Alabama to Georgia first see photovoltaic panels rising above a rest stop, part of a sustainable electric vehicle charging station. A section of road comprising solar paving, developed by the French company Wattway (owned by Colas), has turned a small section of the visitor’s center into a testing ground for solar roadway technology. Also showcased at The Ray is WheelRight’s tire monitoring technology that measures cars’ tread depths and tire pressures within seconds, by simply driving over an embedded strip in the road. While tire pressures are taken when the vehicle drives over the road-embedded sensor plates, tread depth is measured via sophisticated multi-image technology and imaging software.

In the next few years, the addition of solar panels, sustainable landscaping and Internet of Things (IoT) technology will make this a smart, sustainable – and also revenue-generating – road to a greener future.

The Ray’s origins come from a simple vision – that a memorial roadway should make its namesake proud. In the case of a highway named after the late Ray Anderson that meant both smart and sustainable. A pioneering green industrialist from Georgia, Anderson is well known for the way he ran Interface, a large multinational carpeting manufacturer respected for its approach to cutting pollution and reducing its use of fossil fuels.

Given this legacy, the family and foundation decided the best solution was creating a living project. To start, a partnership between the Ray C. Anderson Foundation, Interface, the Georgia Conservancy, and the Georgia Institute of Technology’s School of Architecture conducted a roadway study to determine the state of local highways, and what could be done to transform an industrial transportation corridor that runs between warehouses and plants for companies such as Walmart and Kia.

In December 2016, The Ray continued to demonstrate its dynamic thrust towards its sustainable goal, introducing both WheelRight’s drive-over technology and Wattway’s road embedded solar panels to the project, and establishing The Ray as a proving ground for new ideas and technologies that will transform the transport infrastructure of the future.

Working with vehicle partner Kia Motors Manufacturing Georgia (KMMG) and the charitable foundation behind the project, WheelRight is providing its drive-over tire monitoring technology at The Ray’s Visitor Information Center at the one mile marker of the highway.

This is the first publicly available installation of our WheelRight drive-over tire safety system anywhere in the U.S. Results of tire pressure and tread depth measurements are available within seconds via a touch-screen kiosk that provides a printed read-out to drivers, instantly alerting them to potential safety and fuel economy problems.

We’ve already road tested our technology on the UK’s busy M6 motorway, providing almost 155,000 instant tire pressure and tread depth readings to car, van, truck and coach drivers in under a year. The adoption of our tire monitoring technology at The Ray opens up this technology to a completely new market of American motorists.

Looking ahead, systems such as ours have huge potential as part of the connected cities agenda. The ability to monitor the tire condition of public transport vehicles, typically within metropolitan city states and major cities such as Boston, New York or Los Angeles, could play a major role in increasing fuel efficiency, reducing accidents and improving the environment.

The challenge for planners across the US is, how do we emulate this success? What seems to be integral to the DNA of The Ray, is its driving force, which comes mainly from the family-led foundation. Their clear vision of a zero carbon, zero deaths, zero waste, zeroand zero impact highway underpins everything.

The active support of the local enterprises such as Interface, the Georgia Conservancy and Georgia Tech’s School of Architecture underpins the success of the Ray. This solid foundation led to the involvement of other participants, such as ourselves, Wattway, Kia Motors Manufacturing, and The Pollinator Garden project. It should be said that the backing of a major vehicle brand – KIA – has been invaluable to the project’s success.

It’s also important to recognise the vital role played by the Georgia Department of Transportation, which has been central in rolling out a number of the technologies, such as ours, to improve both safety and sustainability.

Without truly committed leadership, the active support of the highways authorities and engagement with large corporates and technology providers, we’re unlikely to see smart highways across the USA for some time to come. Projects like The Ray show how much can be achieved with a clear commitment to sustainability and the active involvement of like-minded technology partners.

To find out more information, please visit www.wheelright.co.uk or http://www.raycandersonfoundation.org/the-ray. 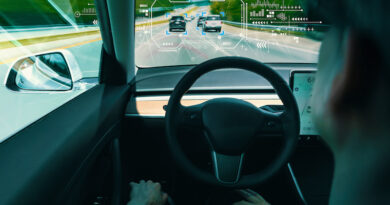 “The Road Ahead for Automated Vehicles” 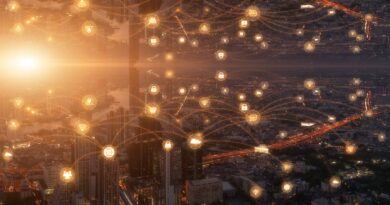