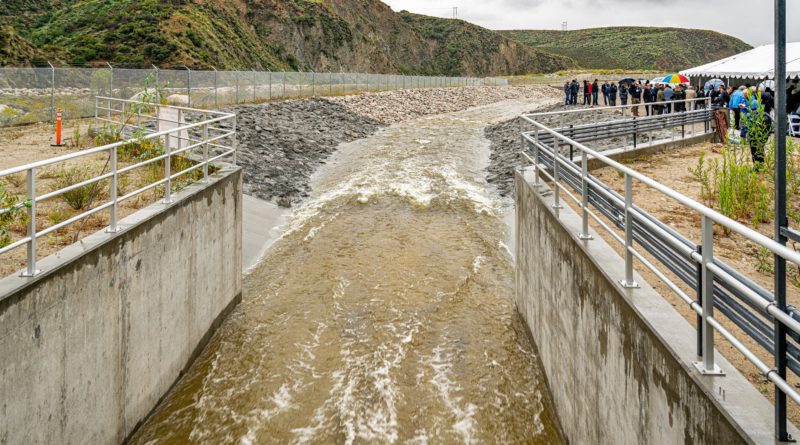 California’s rocky relationship with its own water supply has long been a headache for the municipal leaders trying to best manage the precious resource. After one of the most severe droughts in the state’s history ravaged the natural waters and vegetation, now more than ever it’s clear how important it is to keep California’s water clean and plentiful.

Along the hills of the San Bernardino Mountains sits the massive Seven Oaks Dam, capturing water in the canyon reservoir and filtering it through to the Santa Ana River. This structure has been instrumental in Southern California’s utilization and storage of stormwater. The Santa Ana River passes through dozens of communities and impacts the lives of millions of residents. What happens to water at the dam plays a major role in determining how it’s ultimately used for the people of Southern California.

This $14 million dollar stormwater project, located at the foot of the dam, has been in the making for roughly a decade and it is finally done… with its first phase.

Developers spent years of planning and coordinating to secure the water rights, mitigate environmental harm, and finally get construction up and going during summer 2017.

Design and construction consulting was provided by Butier Engineering and GHD, while J.F. Shea Construction served as the project’s contractor.

The team wrapped up the first part of construction, Phase 1A, in roughly a year and a half – including intake improvements, a sedimentation basin, canal extensions, and recharge basins – just in time for a grand opening this past May.

More construction is slated for the future, and has been divided into stages that best suit the needs of the project and the environment.

Once fully completed, the Enhanced Recharge Facilities will help keep the river clean while helping the Golden State avoid another severe dry spell.

The “centerpiece” of this enhancement project is the facility’s roughly 700-footlong Sedimentation Basin, according to Wen Huang, Chief Engineer at SBVMWD.

This feature adds to the overall stormwater diversion and recharge facilities owned and operated by the San Bernardino Valley Water Conservation District, a public agency servicing approximately 50,000 acres of the Inland Empire.

“It is expected that the performance of the recharge basins will be improved significantly with the addition of the Sedimentation Basin,” Huang said.

This basin can accommodate up to 500 cubic feet of water per second and helps to remove unwanted sediment from the dam’s water before it is used for groundwater recharge or sent downriver.

A rock lining covers the stretch of the rectangular basin, allowing for greater surface area for the sediment to settle as the water passes through.

Huang described a harmonious relationship between developers and J.F. Shea, one built on mutual partnership.

“Betterments and improvements suggested by the Contractor were collaboratively considered and refined, which resulted in completion of the Project on time and under the budget,” he explained.

The hydraulics of the Phase 1A portion of the project operates by a clean energy source that has been used for centuries: gravity. The facility’s diversion process happens through the weight of the water coming down from Seven Oaks Dam – no pumping required.

To make the project even more efficient, capabilities for the slide gates to be remotely monitored and operated were incorporated wherever feasible.

Soaking It All In

One of the primary concerns this project aims to address is drought prevention. Despite the region’s surprisingly wetter seasons, groundwater basins in San Bernardino Valley have reportedly been experiencing historically low levels. Officials have continued to encourage residents to use their water sparingly.

A majority of those residents get their water from these groundwater sources, so it becomes increasingly clear why a heavier rain season doesn’t necessarily wash away fears of future drought conditions. Without effective means of preparing and storing the water for future use, rainwater simply becomes runoff and its potential for utilization gets wasted.

It’s estimated that the facility will capture 80 percent of the available water, under existing California regulation, once completed.

Despite the necessity for a project like this in such a region, getting into construction phase was a bit of a lengthy process.

The final report for the Optimization Study was completed 10 years ago, and the project agreement form was written at the start of 2012. The following year it was decided the project’s first phase would be divided into sub-phases.

The reason for the split was to coincide with the San Bernardino Valley Water Conservation District’s Upper Santa Ana Wash Land Management and Habitat Conservation Plan – or simply, Wash Plan – a comprehensive effort to improve the land use of the Santa Ana River Wash. This separate project is slated to be complete by the end of this year.

Rather than wait though, developers for the San Bernardino Valley Water Conservation District’s Enhanced Recharge Facilities got creative and chose to construct what could be done outside of the Wash Plan: the Sedimentation Basin, an inlet channel, an outlet channel, new pipeline connection, and modifications to the Sand Box.

Phase 1B will include facilities within the Wash Plan’s boundaries, and will begin after the Wash Plan has been completed.

In 2014, it was discovered that the proposed footprint for the sedimentation basin was on top of four Southern California Edison power poles. It was also learned that these were specialized transmission poles, which would require a costly relocation that would delay the project another two years. To avoid the delay to relocate the poles, the design team relocated and redesigned the basin to accommodate. This called for an addendum to the environmental impact report, additional land purchase, and slightly higher construction costs. However, the estimated $3 million saved on potential environmental mitigation costs will do more that cover the additional building costs.

“The new design avoids the SCE power poles by relocating the basin to the south while also improving performance and minimizing impacts to the environmentally-sensitive areas,” Huang stated.

The final hurdle to cross will be an additional environmental protection effort – this one affecting the larger general region – the Upper Santa Ana River Habitat Conservation Plan (USARHCP). This specific plan is expected to reach completion in 2021, at which point the recharge facility intake structures can undergo improvements (Phase 1C) and Phase 1 will be fully complete.

Zack Johnston is an Assistant Editor for American Infrastructure Magazine. He can be reached at zack@penpubinc.com. 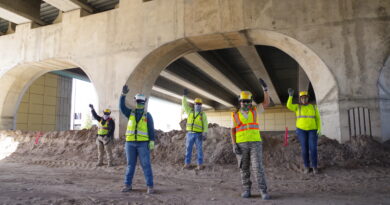 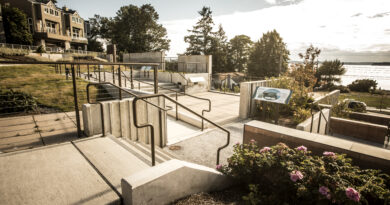 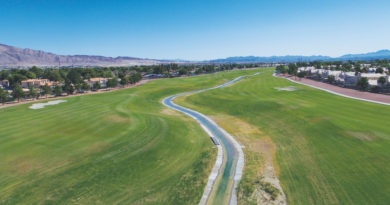