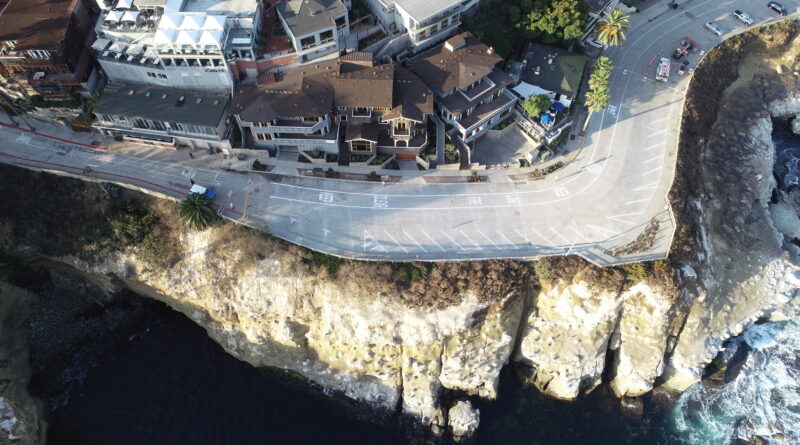 Nestled on the coast in San Diego County, the community of La Jolla, Calif. has both its unique perks and challenges. For one section of Coast Boulevard, a popular tourist street that runs above a sea cave, the risk of a sinkhole and damage to adjacent residential and commercial structures presented itself in 2019 due to erosion. The failing cave had led to cracking in the roadway of Coast Boulevard.

In Aug. 2019, the City of San Diego closed Coast Boulevard to all traffic and impacted businesses and decided it was time to address a potentially-devastating accident waiting to happen. Thus, the Coast Boulevard Sea Cave Emergency Stabilization Project was deployed to eliminate the risk of a collapse.

The Coast Boulevard Sea Cave Emergency Stabilization Project posed a flurry of unorthodox situations for the development team. For one, workers had to work in a sea cave, while considering the environment around it, such as seals and sea lions.

“The approach of creating a temporary shore break at the mouth of the cave to allow for the filling of the cave was creative, effective and environmentally sensitive,”  Dudek Principal Russ Bergholz said. “Monitors and divers were used full-time to keep habitat away from the construction and no work was conducted along the vegetative bluff or cliffs. All construction was confined to the public right of way, or within the cave and mouth of the cave.”

Once the sea cave was stabilized by filling the sea cave using thousands of gallons of concrete, the team then had to repave the roadway above.

“The final concrete paving had to both match the original stamped design and allow for the seamless integration of future pavement improvements down the roadway,” Bergholz said. “As a result, the design of the concrete panels included consideration of twice the alignment length to be certain panel geometry would line up. The construction approach for installing the concrete panels using alternating sequential paths allowed for the fastest installation speed possible.”

After repavement, the final improvement involved the relocation of the stormwater drain. The drain was designed to capture the first flush runoff before stormwater can enter the ocean.

Seeing the speed and intensity of the work likely conveyed to the public that the team was working as fast as possible to fix the problem and re-open the roadway.” -Russ Bergholz, Principal, Dudek

Sticking to the Schedule

According to Bergholz, the main challenge for the development team was the schedule and timeline of the project. The solution involved an engaged team able to assess the project need, vet conceptual solutions and make clear decisions collaboratively.

“The collaboration between the engineering and construction teams allowed for decisions to be made quickly and fluidly while allowing the design needs to be met within the capabilities of the construction team and using quickly obtainable material resources,” Bergholz said. “Achieving the project goal of 6-weeks for completion was highly rewarding. This would not have been achievable if not for the full team’s commitment to finding and implementing solutions.”

Because of the speed and turnaround of the project, the public received the project extremely well.

“Community was very compliant to the construction requirements and roadway shutdown for the work,” Bergholz said. “Seeing the speed and intensity of the work likely conveyed to the public that the team was working as fast as possible to fix the problem and re-open the roadway.”

Despite the project’s small size, the Coast Boulevard Sea Cave Emergency Stabilization Project received a multitude of awards from some of the country’s top infrastructure and engineering organizations.

“We are humbled by the recognition of this relatively small, but very enjoyable project,” Bergholz said.

Looking Ahead for Dudek

Dudek continues to make a name for itself as one of the top engineering firms in the country, the future looks bright considering it’s upcoming projects.

“Our team is in the early stages of designing five (5) subaqueous pipeline crossings through the Newport Bay harbor,” Bergholz said. “Subaqueous construction, or basically open cut trenching under water, is a very uncommon and specialized method of pipeline installation that we are excited to work through the design, permitting and construction phases.”

With the bipartisan infrastructure deal in verbal agreement at the legislative level, engineering firms like Dudek and municipalities like the City of San Diego are bound to see an uptick in key infrastructure projects such as the Coast Boulevard Sea Cave Project. 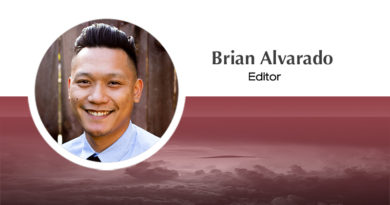 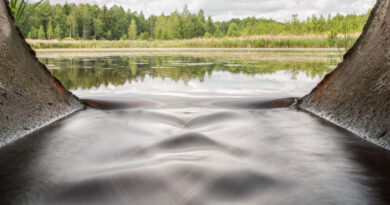 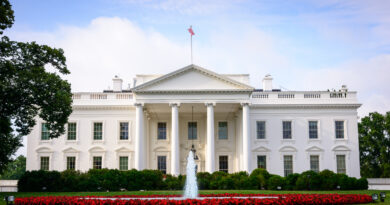