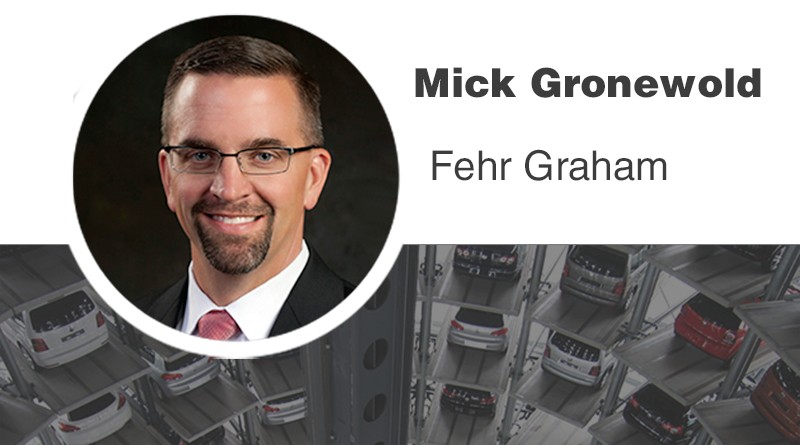 Roundabouts can be an attractive, safe, and cost-effective alternative to standard signaled intersections
By Mick Gronewold

The original roundabouts constructed in the early 1900s have come back into style. Roundabouts started taking hold again in the 1990s, with the number constructed doubling in the last decade alone. Statistics show roundabouts reduce the severity of collisions, increase traffic flow efficiency, improve aesthetics and create economic value. There are approximately 5,000 roundabouts across the nation, and those numbers continue to grow.

Despite the benefits, Federal Highway Administration (FHWA) statistics show public perception of roundabouts pre-construction to be negative. The negative perception may be due to the confusion many people have with the roundabout’s unpopular counterparts, the traffic circle and the rotary. The universal difference separating the two variations is traffic volume. Rotaries and traffic circles operate well in low traffic situations, but can become more dangerous in heavier traffic.

How do you know if a roundabout is the right choice for you and your community? There are factors which must be considered before interest can become action. Factors can be identified through a feasibility study.

As part of a feasibility study, land space is a consideration because distance between lanes and adjacent structures must be well thought out to avoid unnecessary property damage and personal injury. The roundabouts themselves are compact, but their configuration can require a larger footprint than a traditional intersection.

Roundabouts can be an attractive, safe and cost-effective alternative to standard signaled intersections.

Transportation engineering is a science and sound analysis is important to ensure a roundabout is the best option. As a general rule, roundabouts are an effective solution to congested, inefficient intersections. Included in the study is an analysis of traffic volumes and patterns. The results from the study need to meet a specific set of criteria; there must be enough available land and right-of-way, as well as a balance between traffic management, patterns and flow.

Prior to developing a roundabout, the City of Freeport in northwest Illinois hired local engineering and environmental firm Fehr Graham to conduct a feasibility study on the intersection of Pearl City Road and Kiwanis Drive/Forest Road. This unique intersection combined both urban and rural traffic with a history of severe accidents. The study determined a roundabout was the perfect application for providing a suitable transportation corridor for the surrounding development, while still preserving the rural feel.

Still, residents were skeptical. To overcome their skepticism, Fehr Graham led various public education meetings to get buy-in from the community and demonstrate the benefits of the roundabout solution.

Since the Freeport roundabout installation in 2015, Freeport residents have been very pleased with the efficiency of traffic movement and safety of the upgraded intersection. There has been a significant reduction in the number of accidents, and the accidents having occurred have been relatively minor.

Similar to Freeport residents, most public opinions turn positive once experiencing the benefits a roundabout provides. Roundabouts can be an attractive, safe, and cost-effective alternative to standard signaled intersections. According to the U.S Department of Transportation Federal Highway Administration, roundabouts have demonstrated substantial safety and operational benefits compared to most other intersections.

By converting from a two-way stop, roundabouts can reduce severe injuries and fatality crashes by 82 percent, while reducing overall crashes by 44 percent; and

By converting from a signalized intersection, roundabouts can reduce severe injuries and fatality crashes by 78 percent, while reducing overall crashes by 48 percent.

Based on the safety and economic benefits of roundabouts, we will continue to see more and more communities reaping the benefit of this “old” new trend.

Mick Gronewold is P.E. and Principal of Fehr Graham. He joined Fehr Graham in 1993 as an engineer and became a Principal in 2000. He may be reached at www.fehr-graham.com. 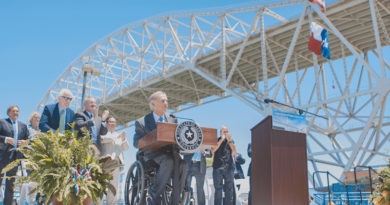 TEXAS: Infrastructure is the Backbone of our Healthy Economy 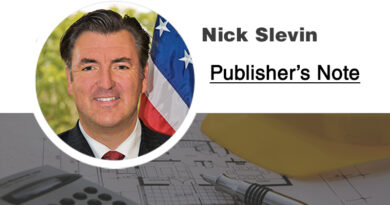 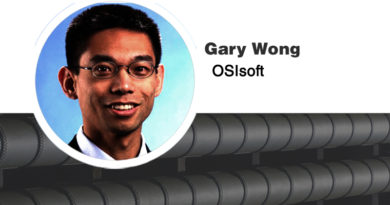