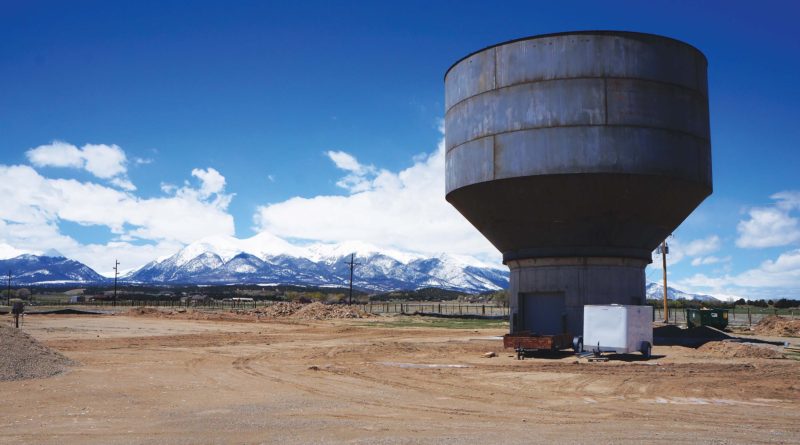 Feature In This Issue New This Week Water

Poncha Springs, a sleepy town in Colorado gets a wake-up call and the community comes together to improve their water infrastructure

In a small Colorado town in the Arkansas River Valley, a community came together for a purpose. Coined as the “Crossroads of the Rockies,” Poncha Springs found its city at a crossroads after discovering a problem with the water supply. Despite an initial lack of funding, the people of Poncha Springs united to resolve it.

The need for this project was discovered in 2006 after the imposition of water restrictions in summer months. As the municipal water system had not undergone significant improvements since 1998, it was time for an upgrade.

The Town of Poncha Springs maintained a close watch on the water system, discovering that the storage system had no forms of redundancy. This meant that any malfunction would leave residents without an adequate supply of water. There was one single connection between the storage and the distribution grid: a 34-year-old, 10-foot trunk line. There was no room for error. Something had to change.

The Board of Trustees in Poncha Springs chose an engineering firm to start the process, and the engineers quickly found a site for the project. The engineering firms involved helped significantly; Joe Deluca with Crabtree Group Inc. and Andrew Rice with Providence Infrastructure Consultants guided the project process from design through construction.

Janet and Larry Sherwood of JLS were vital to the project’s success. They helped contribute the land easements for the new tank and well site and the trunk line easement.

It did not take much to get community support behind the project; the majority realized that it was necessary for the wellbeing of all the residents of the town.

“The response from the public has been nothing but positive, and overall, this was a much-needed project that is a benefit to everyone in Poncha Springs, current and future,” stated Brian Berger, Administrator, Treasurer, and Clerk of the Town of Poncha Springs.

With a team of contractors for various features of the project, and the steady support of members of the community, the plan was ready to take shape. The next challenge was finding funding.

The question of the project’s necessity was answered. The next question was, “How does a town of 800 people fund a project with an estimated cost of $2.4 million?”

It was a seemingly impossible predicament. The town’s enterprise fund balance was roughly $100,000. A traditional loan’s interest rate would result in the too-high cost of annual payments than the net annual income allotted by the enterprise fund. Every grant and loan opportunity that was available was considered for this project.

“An alternative loan through the State Revolving Fund at one- to two-percent interest seemed plausible, but would require a hefty 30- to 60-percent increase to monthly water fees for local residents in an identified disadvantaged community,” explained Berger.

Not wanting to substantially raise utility fees for residents, collecting a variety of grants seemed to be the best solution for the members of the community.

“The project was presented in front of a total of 11 boards in nine cities across the state,” said Berger. “What had started as a project with a lifetime cost of just over five million dollars (cash contributions, interest plus principal) and the need to increase monthly water rates by 30 to 60 percent, has resulted in a total out-of-pocket cost of just over $500,000 — with no rate increase to local residents.”

The financing ultimately would result from a wide collection of grants and loans: $640,000 EIAF grant from the Department of Local Affairs; $30,000 CIF grant from Climax Area Community Investment Fund; $10,000 planning grant from CDPHE; $58,500 WSRF grant from the Colorado Water Conservancy Board, and more. These grants were in addition to the contributions from the Upper Arkansas Water Conservancy Board and local landowners providing land easements. The State Revolving Fund then loaned the remaining funds at zero-percent interest.

“The main challenges were associated with the exhaustive list of approvals needed throughout the design process and financing of the project,” Berger stated.

One design aspect that posed a particular challenge was the water storage tank’s height – 61 feet ¬– that required approval by two entities. Both the Chaffee County Board of Adjustments and of the Federal Aviation Administration had to approve the project because of its proximity to the local airport. After a review, and relocation out of the airport’s protection zone, the approvals were finalized and the project began.

The project established multiple redundancies throughout the water distribution system, including well capacity and storage capacity. In terms of well capacity, the design created a well rotation that allows one well to be offline for repair and maintenance. In regards to storage capacity, it allows for old tanks to be offline for maintenance and provides reliable water if there is a problem with the aging trunk line.

“It helps alleviate risks,” Berger explained. “It will provide additional fire suppression capacity and alleviate the need for water restrictions that have been in place since 2006.”

Once considered a sleepy little town, the Town of Poncha Springs is experiencing growth. It is important that the existing infrastructure continues to advance with the growing town to support the community. With an increased market demand for housing that has led to residential and commercial growth, the economy of the town is growing.

The economic growth has led to the first grocery store within municipal limits being constructed, improvements of the Crossroads Welcome Center, and increased demand for housing in the town. With this growth, there is a need to further improve infrastructure. In turn, better infrastructure attracts more residents and helps the economy to grow.

“None of this would be feasible without the Water Infrastructure Improvement Project,” said Berger.

Poncha Springs is an example of what a town can accomplish with the support of the community and an exceptionally motivated team. The commitment to the public guided this project’s success, and as a result, the community will grow and flourish.

Julia Edinger is the Assistant Editor at American Infrastructure magazine. She may be reached at julia@penpubinc.com 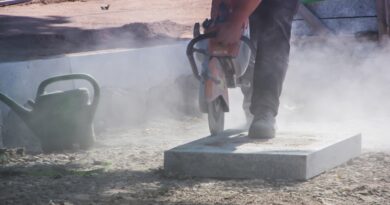 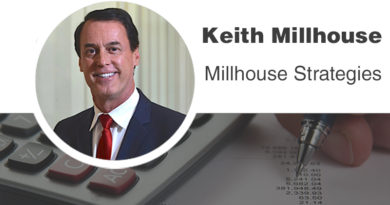 Cities, Counties and Transportation Commissions Need To Prepare For the Road Repair and Accountability Act 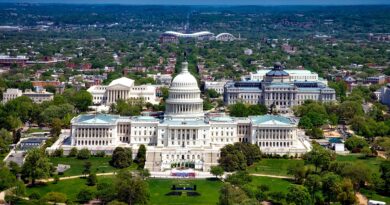