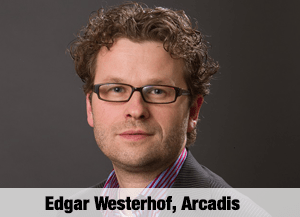 Because risks from sea level rise, storm surge, extreme weather, and geographic vulnerabilities impact cities very differently, the solutions to resilience planning are as varied as the regions themselves. Since adaptation programs are often large and multi-faceted, cities seek ways to execute their plans in stages to make them more manageable – and fundable. Researching different approaches and perspectives to risk management and prioritization across multiple cities has helped Arcadis see paths that others can adopt.

This article reviews four different perspectives on resilience planning. In a future article, we will look at some ways cities can frame their funding to meet their complex resilience goals.

GETTING CLIMATE READY IN BOSTON

Boston has understood its vulnerability to flooding for years. As part of the ongoing initiative, “Climate Ready Boston,” the city commissioned a study of potential dangers, from flood risk to how climate forces may affect societal integrity. The study uncovered vulnerabilities and risks that are helping and quantify the cost of adaptation versus doing nothing.

Assessing the potential for flooding based on different sea level rise scenarios across the entire Boston Harbor region is enabling planners to understand and address a very big and expensive problem. It also showed that doing nothing isn’t an option. The risk assessment study overlays geographic vulnerabilities with population projections, which helps the city understand the extent of risks and gives them an approximate timeline—creating a path for planning and design.

A recent report shows that sea level rise from melting Antarctic ice could have a large impact on San Francisco. To help the city understand how to protect this broad area and to explore resiliency options, San Francisco experts and stakeholders pooled research and knowledge to identify promising approaches for a single area – Mission Creek. While the team focused on this low-lying region, their ideas sought to develop a model for collaboration along the entire shoreline.

The group looked at the timeline as an opportunity to adapt in stages. Their report cites estimates that by 2100, the region could see up to 3-foot higher sea levels, flooding much of the area in a one percent chance storm event. But before that happens, the 11-inch increase by 2050 can be addressed more readily, for example using existing piers for as long as possible, then removing them or retrofitting them later for longer use.

The Louisiana Coastal Protection and Restoration Authority (CPRA) released its 2017 draft update to the 2012 Coastal Master Plan. Now CPRA also must deal with multiple points of view on what to address first.

The state has promised to help fund needed projects with BP settlement money and cost sharing from the private sector, notably the oil industry. Louisiana Governor, John Bel Edwards, called on the Trump administration to devote promised infrastructure spending to help build coastal defenses identified as fast-track projects. By virtue of having price tags and starter money from BP, these projects may lead the pack in the race for funding.

It’s estimated that the southern Manhattan floodplain is home to 1,600 commercial buildings and 61,000 residents, plus hospitals, telecommunication facilities, subway stations, power substations, tunnels – in short – the very infrastructure that keeps this world class engine humming. The cost from Superstorm Sandy was high, with an estimated $19 billion in losses.

New York’s planners have therefore framed needed resiliency infrastructure not as an expense but as a way to avoid the higher cost of another recovery. The city’s Southern Manhattan Coastal Protection Study notes that by the 2050s, a combined sea level rise and a storm with one percent chance of happening annually could produce floods of thirteen feet. Planners are breaking the massive adaptation effort into phases and estimated that each phase moves the city toward greater ability to recover from major storm events.

Data in hand, these communities share the understanding that flood risk doesn’t stop at city limits and that solutions are best addressed holistically across geographic boundaries. Today’s approaches work toward collaborating and integrating resiliency measures into the urban and societal fabric to achieve broader sustainability goals.

Edgar Westerhof is Arcadis’ Flood Risk and Resiliency Lead in North America and a water consultant with 17 years of experience in integrated urban water management. For more information, visit www.arcadis.com. 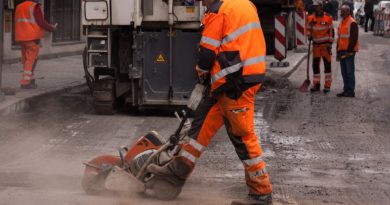 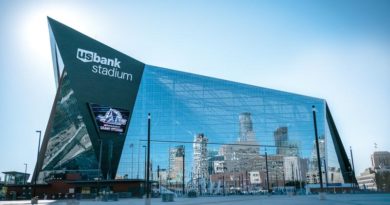