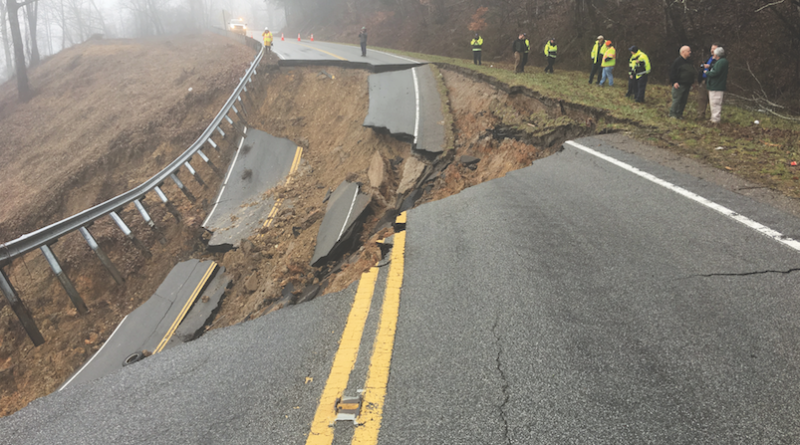 While the stormwater and floods impacted the safety of a number of infrastructure systems, it was the resulting mudslides that made the most noticeable damage. Those February storms led to severe mudslides, and both State Route 70N and State Route 66 suffered the damage.

After the road collapsed on February 24, it was crucial to rebuild it quickly so that motorists could drive on it again. However, the mudslide made it clear that the project should not be rushed, but rather carefully rebuilt in a timely manner.

“Safety is always the top priority in everything we do at TDOT, so we were not going to allow that roadway to reopen until we knew it was safe for the motoring public,” explained Mark Nagi, Community Relations Officer for Region 1 for the Tennessee Department of Transportation (TDOT).

TDOT took the lead on getting the project up to speed by expeditiously allocating funding, making plans and agreements, and arranging a bid letting to let the contract. All of this was done at a much faster rate than usual, but not without difficulty.

“This effort required great sacrifice on the part of many divisions and stakeholders, but all recognized the challenges facing the rural public involved and were willing to accept the burden,” Nagi explained. “In the end, despite some setbacks, all were pleased with the outcome.”

Frequent meetings during construction helped to ensure the road had maximum stabilization, and to make adjustments when needed. Soil nail technology
was used for soil stabilization, which TDOT has found to be “reliable and dependable,” Nagi said. Open communication also led to TDOT quickly finding a solution when the team found an acid-producing material that needed to be properly contained to protect waterways.

Key players from TDOT divisions helped to get the project let — at over $15 million — on March 1, just a week after the slide. The teams worked together throughout the project. The final repair coming in under budget was another major highlight of the collaborative efforts.

The location of SR66 is in a rural area of Tennessee, which presented some challenges. For example, material was miles away, requiring long haul times and a large crew of hauling trucks. While the route is not a highly trafficked one, it is a road of great importance for those living in the area.

“There were many hurdles throughout the project, but with a high level of communication and dedication to see to it that the right ‘fix’ was implemented, we were able to ensure the overall goal: providing a satisfactory repair to rural Tennessee in a time-sensitive manner,” Nagi stated.

SR70 was damaged by the same series of massive rains that damaged SR66, however, SR70’s damage was even more costly.

“The slide that occurred on SR 70N in Hawkins County was the largest, as the roadway washed away,” Nagi explained.

TDOT would work non-stop for several days to develop a project plan for the site following the collapse because it was deemed an “Emergency Let” project. The bidding process let a select group of contractors bid, specifically those with experience working on large-scale projects and those that had previously worked with TDOT in this region.

“One of the biggest challenges to repairing a slide of this magnitude was safely excavating and stabilizing during top-down construction throughout the shoring process,” Nagi described. “Specialized soil nail equipment allowed excavations to be up to heights of nearly 25 feet during the slope debris removal process as the drill rigs could work from either the bottom or top of cuts during the nail installation process.”

The excavation and stabilization of the slide area totaled nearly 150 feet below the area of the roadway failure, proving the project’s scale and complexity. Still, when all work is complete, the overall project will be within the original budget of the $8.7 million contract.

There were some delays in the project because it was necessary to make safety the first priority. When soil conditions were unsuitable, for example, they had to be removed and replaced with additional soil nails. This project also benefited from having a specialty stabilization contractor onsite to provide real-time solutions or alternatives to expedite the project. TDOT’s geotechnical engineers also made a dramatic difference in the project’s productivity, revising plans to save time and money.

While this route only sees about 3 times as many daily vehicles as SR66, like SR66, it is a crucial connection for those living and working in the area. TDOT worked with the community in both locations to inform them of the scale of the projects. Open communication alleviated the public’s concerns in regards to the acid-producing material, reassuring them that the proper containment would eliminate risks of contaminating the waterways.

Having dedicated massive time and money to stabilizing the soil and rebuilding these roads, the team at TDOT is well aware of the vitality of rebuilding infrastructure systems to be more resilient against climate change’s extreme weather patterns. Because of TDOT’s rebuilding efforts, these routes will be stronger in the face of future storms: a promising goal for all of the nation’s infrastructure systems.

Julia Edinger is the Editor at American Infrastructure Magazine. She can be reached at julia@builder.media. 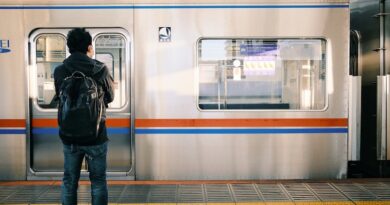 Infrastructure Funds May be Limited for California High-Speed Rail Authority 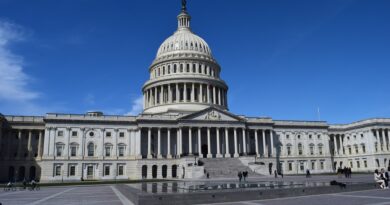