The ubiquitous demand for new and improved highways and bridges has helped the government stand behind the
President’s trillion-dollar infrastructure investment promises—but who is going to fund this?

Unless you live under a very thick rock, you’re aware that on January 20th, president-elect Donald Trump was inaugurated as the 45th President of the United States. Despite exclamations of joy or dismay at Trump’s presidency, there is one common ground uniting nearly everyone, from the bluest of states to the deepest red. Undeniably, everyone in the municipal management and infrastructure industry can rejoice in his commitment to infrastructure investment.

During his inauguration, President Trump reassured the American people of his commitment to infrastructure investment, stating, “Today I take an oath of allegiance to all Americans. For many decades, we’ve enriched foreign industry at the expense of American industry, subsidized the armies of other countries, while allowing the sad depletion of our own military. We’ve defended other nations’ borders while refusing to defend our own. And spent trillions and trillions of dollars overseas while America’s infrastructure has fallen into disrepair and decay.”

Whether the catalyst of our infrastructure’s decay was founded in our aid in foreign affairs or not, the media has catapulted the problem into the spotlight, and, although action needs to be immediate, it also needs to be well-thought in a way that can address our crumbling infrastructure and yet sets us up for success in the future.

Before his inauguration, Trump and his administration had the National Governors Association collect a sort-of ‘wish list’ from states to declare which projects were far enough along in engineer and design that, with the help of a lot of capital, could be churned out fairly quickly.

Collecting roughly 50 infrastructure projects across the nation from governors, these shovel-ready projects totaled at least $137.5 billion. Vetted projects include the Kansas City airport, upgrades to the I-95 in North Carolina, and many other projects intended to ameliorate the lives of citizens and help improve the economy.  “Every single governor in this nation has roads, bridges, tunnels and airports, and we want to work together, because we need to replace them, and we need to repair them,” said Gov. Terry McAuliffe of Virginia, who also serves as the chair for the National Governors Association.

Discussing infrastructure problems, solutions, and spending doesn’t seem to be the problem; the rub is akways in the funding. Should these shovel-ready projects be funded through a line item in Congress’ budget, through private capital and private-public partnerships, or perhaps a precise tax, such as the gas tax, like many local and states have done for much-needed capital?

Trump has not been shy about which funding solution he prefers—private-public partnerships (PPPs). President Trump’s $1 trillion investment proposal would provide $140 billion in tax credits to construction companies, with the assumption that the credits would pay for themselves from the new economic activity derived from the infrastructure upgrades. Thus, the credit would leverage the rest of the $1 trillion from private investments.

PPPs in theory are great—the public sector needs money and the private sector has money. The real problem is that the private is only interested in a project if it has the potential to bring in revenue, as it must. Large projects, such as the Charleston Port, will bring in money, while a diminutive bridge in the middle of a rural city will not. Senate Democrats joined President Trump and unveiled a $1 trillion infrastructure plan that spans 10 years. Titled “Blueprint to Rebuild America’s Infrastructure,” the proposal is a program that addresses the numerous infrastructure problems, including roads, bridges, railways, water systems, etc., but would leave big corporations out of the loop. Senator Bernie Sanders, one of the eight Senators who proposed this program, said, “President Trump campaigned on rebuilding the infrastructure. Let’s do it, but let’s do it in a way that does not provide huge tax breaks to the wealthiest people in this country and to the largest corporations.”

Officials are not Waiting on Congress 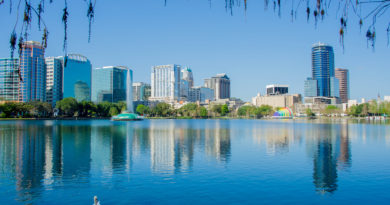 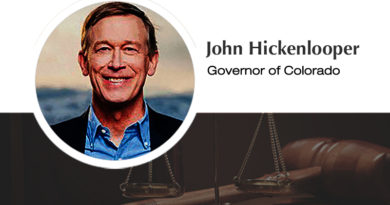