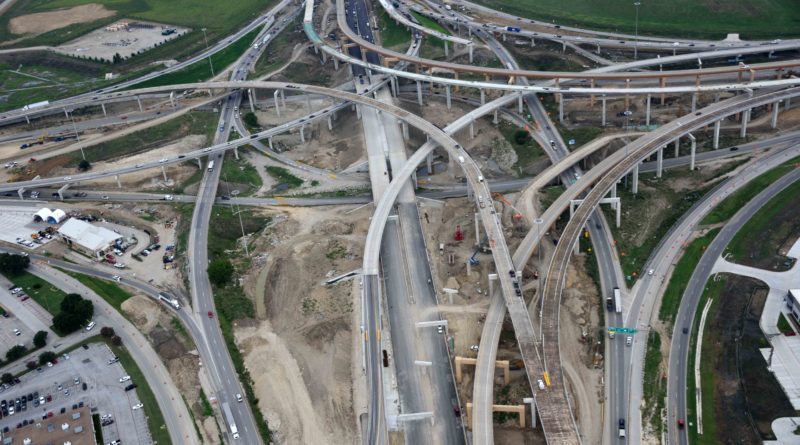 A 10.1-mile stretch on I-35W in Fort Worth, TX has been completely redone thanks to a lot of hard work, and a public-private partnership

On July 19th, 2018 the City of Fort Worth welcomed citizens to the official ribbon cutting ceremony of the $1.6 billion I-35W project. The 60-year-old infrastructure was completely rebuilt with 21st century design and safety, which included expanded capacity, as well as two managed TEXpress Lanes in each direction. As one of the first Public Private Partnerships (P3) to be approved of in Texas back in 2009, the P3 accelerated the project completion, allowing it to finish two months ahead of schedule.

Interstate 35 is a major north/south corridor that runs from the Mexican border in Texas to the Great Lakes in Minnesota. The interstate splits south of the Dallas/Fort Worth metroplex (DFW) and goes through both the Dallas and Tarrant counties before reconnecting north of DFW in Denton. At the turn of the century, this highway system was nearly 50 years old and outdated. The congestion along the corridor was beginning to stifle economic growth in the North Texas region, where the project was conceived. The project sought to expand capacity, enhance safety and reliability, relieve congestion, and increase mobility.

“The most significant challenge for a Design-Build project is keeping the traffic moving continuously throughout the highway system while working in all sectors of the corridor 24 hours a day, and maintaining a reasonable level of mobility,” Robert Hinkle, Director of Corporate Affairs, NTE Mobility Partners LLC & LBJ Infrastructure Group LLC, explained. “The solution was, and still is, a very experienced team of engineers and contractors who have worked all over the world together, and have access to the latest infrastructure innovation.”

Original planning for the I-35W project began more than 30 years ago. When it was determined by the Texas Department of Transportation (TXDOT) in the early 2000s that the project would be part of the segments built under the North Tarrant Express (NTE) scope, and would include managed lanes, the legislature approved the project in 2009 as one of the first P3s in Texas. Construction began on Segments 1 & 2 in 2010 and opened in 2014. The I-35W project (Segment 3) began shortly thereafter, and the first two phases were completed and opened in July 2018. The third and final phase of the current state contract for I-35W is expected to begin soon.

The new 10.1-mile I-35W interstate stretches from I-30 in downtown Fort Worth to the US 287 Decatur cutoff in North Tarrant County. As segments of the I-35W highway system have come online, traffic has continued to grow, even during construction. The highway is now moving 132,000 vehicles a day as opposed to a preconstruction level of 110,000.

A key player involved in this project is NTE Mobility Partners. They represent a consortium of companies, including Cintra US, a world leader in private-sector development of transportation infrastructure, and Meridiam Infrastructure, a global public-private partnership investor/developer of public facilities, as well as the Texas Department of Transportation, who had final say on the bid and award process, a small financial participation, and project oversight. The North Central Texas Council of Governments contributed to the planning and overall financing methodology for the project as the regional Metropolitan Planning Organization. Ferrovial Agroman is the general contractor in charge of construction. They partnered with Webber to manage sub-contractor and the overall process.

It took a collection of people, each with their own unique role, to pull off this massive infrastructure project. And because of the P3, this project finished ahead of schedule, something that is typically unheard of from most infrastructure projects – especially with so many people involved.

“Another interesting fact about the P3/ CDA is that Cintra and our equity partners are responsible for collecting the tolls on the managed lanes known locally as ‘TEXpress Lanes,’” Hinkle explained. “[They] use that money to pay the TIFIA loan, the PAB’s, the equity investment and the ongoing costs of operations and maintenance for the 40-year duration of the concession.”

The P3 that was put together for the NTE 35W Comprehensive Development Agreement (CDA) consists of $430 million in private equity, $274 million in Private Activity Bonds, a $531 million TIFIA loan, and $127 million from TXDOT and NCTCOG. The first two phases of the I-35W project were completed within budget and two months ahead of schedule.

“As a company, we were able to complete the project two months ahead of schedule and bring its entirety to fruition 12 to 15 years faster than the traditional TXDOT methods would allow,” Hinkle said. “In addition, we hired more than 200 local and regional contractors and exceeded the project goals for hiring minority and disadvantaged businesses.”

Though P3s can be controversial to some, in this case for the City of Forth Worth and Tarrant County, a P3 is exactly what the TXDOT needed. Putting local businesses and citizens to work, while simultaneously improving our infrastructure for both safety and innovation, is exactly where we need to head as a nation.

For more information on this project, please visit www.northtarrantexpress.com

Abby Pittman is the Editor for American Infrastructure Magazine. She may be reached at abby@penpubinc.com 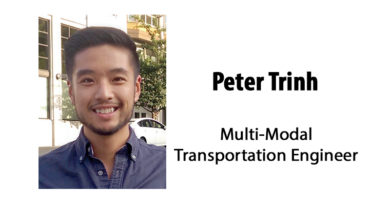 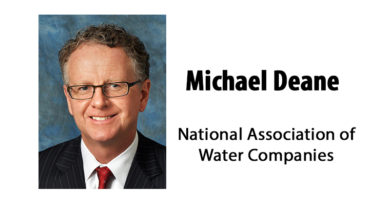 A National Problem with Solutions