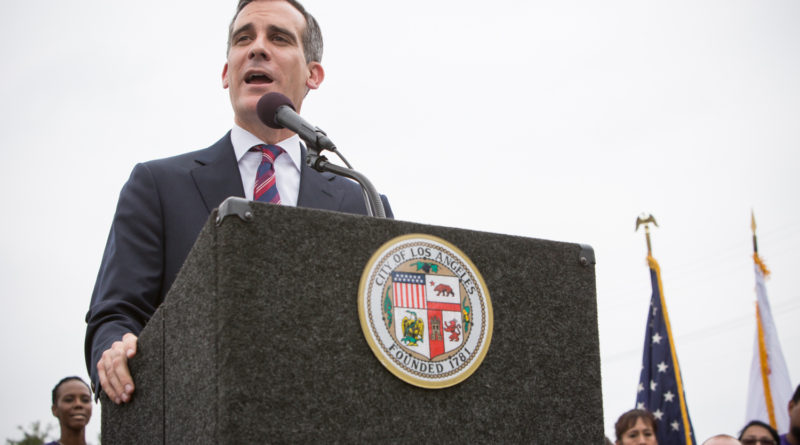 LADWP will phase out natural gas operations at three existing coastal plants — Scattergood, Haynes, and Harbor — within a decade to accelerate end of reliance on fossil fuels.

The repowering of natural gas units at three major Once-Through-Cooling natural-gas plants — Scattergood, Haynes, and Harbor — had been previously planned by LADWP. Mayor Garcetti was joined in the announcement by Councilmembers Nury Martinez, Mike Bonin, Paul Krekorian and Paul Koretz, along with senior LADWP leadership.

“This is the beginning of the end of natural gas in Los Angeles,” said Mayor Garcetti. “The climate crisis demands that we move more quickly to end dependence on fossil fuel, and that’s what today is all about.”

The decision to phase out the units — which together represent 38% of the city’s current natural gas portfolio — by 2029 will accelerate L.A.’s transition to 100% renewable energy and put the city on track to meet its carbon-neutral target of 2050.

“Science increasingly shows that the days of seeing gas as a bridge fuel are coming to an end,” said Michael R. Bloomberg, UN Special Envoy for Climate Action. “We need to accelerate the transition to clean energy, and L.A.’s commitment to helping to lead the way is an important sign of progress.”

In order to more quickly discover clean options to replace the power generated by the three plants, Mayor Garcetti directed LADWP to shift focus from its previous Strategic Long Term Resource Plan to the current 100% Renewable Energy Study — a $10 million, comprehensive analysis launched in 2017 with the National Renewable Energy Laboratory to determine a feasible path to 100% clean energy.

“LADWP’s local generation and transmission system has served the City well for over a century,” said Mel Levine, LADWP Board President. “But it’s time to reimagine it and reconfigure so that, while we maintain reliability and affordability, we transition away from reliance on natural gas as quickly as possible. Climate change demands our vigilance and bold action.”

LADWP will also allocate financial resources to explore innovative alternatives — including public-private partnerships, new and upgraded transmission and distribution systems, microgrid technologies, and enhanced energy storage projects over the coming years.
“This announcement is nothing short of historic. Today’s advanced renewable energy technologies — like smart solar and energy storage — can do an even better job of powering our lives reliably, safely and affordably, all while creating local jobs and cleaning up the air,” said Bernadette Del Chiaro, executive director of the California Solar and Storage Association. “On behalf of California’s clean energy manufacturers, software entrepreneurs, contractors and builders, we applaud Mayor Garcetti’s and LADWP’s leadership and look forward to working together in harnessing all of our abundant sunshine into clean energy.”

Since Mayor Garcetti took office in 2013, he has led L.A. to pursue one of the world’s most aggressive sustainability agendas — helping L.A. to be named the #1 Solar City in America as well as the City with the most energy-efficient buildings. Recent efforts to help Angelenos cut energy consumption and shrink their bills include the development of the Shared Solar Program, which opens access to renewable energy more accessible to renters, and the commitment of an additional $100 million toward energy efficiency programs specifically for multi-family and low-income households over the next 5 years.

The effort to phase out natural gas is the latest in a long list of ambitious actions taken by Mayor Garcetti to set Los Angeles on a path to carbon-neutrality. Under the Mayor Garcetti’s leadership, LADWP reduced greenhouse gas emissions to 47 percent below our 1990 emissions level at the end of 2017 — surpassing the state’s 2030 target a full 14 years ahead of the deadline.

“The commitments we make today, and moving forward, need to be part of a larger narrative. We will take on Climate Change head on,” said Councilwoman Nury Martinez. “And we will do so with a strategy where the fight against climate change and the path to a clean energy future begins and ends in our frontline communities. It’s our kids who suffer from asthma. It’s our young women and men being left out of the Green Economy. But most importantly, it’s our communities that have the solutions and commitment to protecting the environment. Neighborhoods like Pacoima, South LA, and Wilmington, will be the places where solutions will come from, where solutions will be implemented, and where residents will have immediate benefit from.”
“Today we are sending a clear and unmistakable signal that the people of Los Angeles are determined to fight climate change,” said Councilmember Mike Bonin, who represents the coast and is active with the Sunrise Movement. “We refuse to condemn our children to a world of extreme heat and cold, freak storms, drought, wildfires, and a diminishing food supply. For the health and safety of our kids, we insist on getting off fossil fuels and moving aggressively to clean and renewable energy.”

“There is no more urgent goal to save the planet from climate catastrophe than weaning the world off fossil fuels, and here in Los Angeles, we are taking the tangible steps necessary to do exactly that,” said Councilmember Paul Krekorian. “Because of the Council’s mandate, the DWP is working in partnership with the National Renewable Energy Laboratory to develop the 100% clean energy roadmap that will be a model for the rest of the country and other cities around the world. With today’s announcement, Mayor Garcetti is boldly advancing this mission by further strengthening our commitment to a clean energy future.”

“The sad reality is, no matter how big and beautiful, or how small and modest your home, when it burns or blows or floods, the ashes from extreme climate-exacerbated events all look about the same. From Puerto Rico to Malibu to Australia, which is currently on fire, we are truly all in this together,” said Councilmember Paul Koretz. “Which is why, under Mayor Garcetti’s strong leadership, LA is taking dramatic and necessary steps like we are today.” 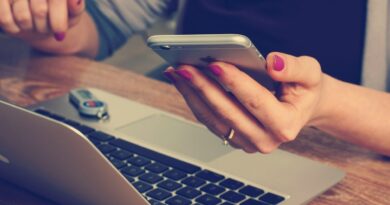 The US is Paying More for Slower Internet 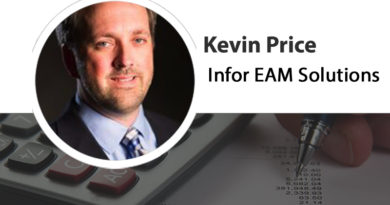 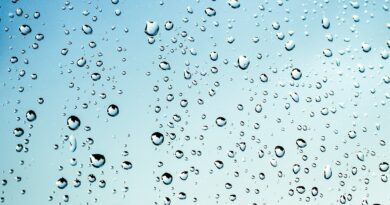