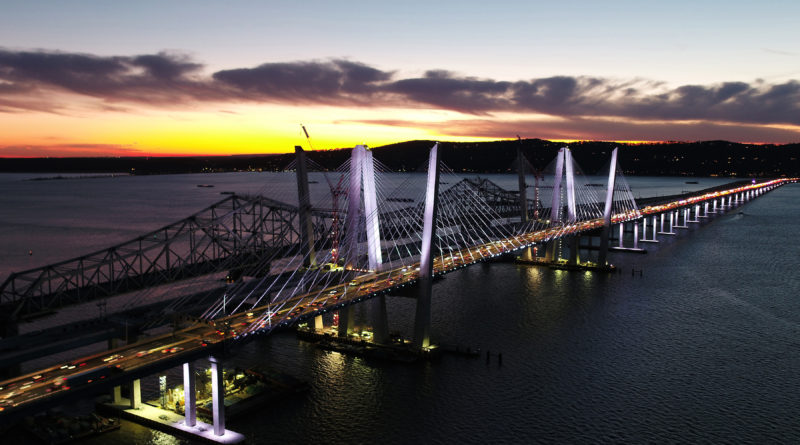 Following in the steps of the historic Tappan Zee Bridge, the cable-stayed Mario M. Cuomo Bridge boasts some impressive features to match its outstanding 100-year lifespan

The Governor Malcolm Wilson Tappan Zee Bridge opened on December 14, 1955 to an estimated 7.9 million people in the State of New York. As the population in New York bloomed to over 19 million people within the past 60 years, the decision was made to replace this historic structure.

“Heavy traffic, narrow lanes, and a lack of emergency shoulders often contributed to congestion and frustration for motorists,” explained Project Director of the Mario M. Cuomo Bridge, Jamey Barbas, P.E. “In the last decade, hundreds of millions of dollars were spent to maintain and repair the bridge. Had the bridge not been replaced, the cost of maintaining the bridge would rival the costs of a new bridge with none of the benefits.”

Between the needs of a growing population, increasing maintenance costs, and functionally obsolete features, there were multiple reasons why the 62-year-old Tappan Zee Bridge needed to be replaced. The resulting solution came in the form of the Governor Mario M. Cuomo Bridge.

Much like its predecessor, the 3.1-mille-long Mario M. Cuomo Bridge is one of the longest bridges in New York. The bridge crosses the Hudson River at its widest point and connects Rockland County to Westchester County. The new structure features two new state-of-the-art cable-stayed spans, which is replacing the older cantilever truss structure of the Tappan Zee Bridge.

Who and What Makes a Bridge

The New York State Thruway Authority owns the new bridge and its creation is being delivered through as a $4 billion design-build project, a method championed by Governor Andrew Cuomo. The use of the design/build method permitted fast-track procurement, and allowed for expediency and parallel agency reviews to the benefit of the project’s schedule.

Since the Mario M. Cuomo Bridge crosses the Hudson River, its biggest challenge was, of course, the Hudson River. The section of the river that the bridge crosses can display oceanic qualities including three-foot swells and swift tides. There is also the risk of large ice flows, widespread freezing, and a guarantee of winter storms. Add to this the mix of geotechnical conditions below the river’s surface (poor quality organic clay, silt, sand, shattered rock, and more), and this bridge project is suddenly a lot more complicated.

Said Barbas, “Virtually every aspect of the new bridge is designed and constructed considering the need to scale solutions according to the range of challenges presented. From the pile foundations to precast substructure and superstructure elements, scalability allowed for cost-effective design, fabrication, and construction. For example, even though the geotechnical conditions varied greatly along the expansive site, steel pipe piles were utilized whether the piles were in bearing or relied on skin friction. The utilization of the same means and methods for these 1,000 piles allowed for significant cost efficiencies.”

The project team also had to keep the surrounding flora and fauna in mind. They did this through a host of initiatives including limiting dredging of the river bottom, employing protections to the river water quality and species, building a successful new nest for the peregrine falcons, providing extensive environmental monitoring and studies of the Hudson River habitat, an extensive oyster bed restoration program, creating artificial reefs off of the Long Island Sound with material from the old bridge demolition, and recycling the Tappan Zee Bridge deck panels for the construction of New York county bridges.

Named after the former New York Governor Mario Cuomo, the new bridge, which is the first cable-stayed bridge across the Hudson River, is comprised of two parallel, signature cable-stayed bridges with long approach units and multiple adjoining maintenance facilities. The bridges have 1200-foot-main spans, 515-foot backstay spans, eight 419-foot towers standing at a five-degree angle with a total of 192 stay cables, and a crossing that has been designed to support future commuter rail lines between the twin structures.

More than 220 million pounds of American steel were used to build the bridge and approximately 11.5 million work hours from 7,000 workers have been dedicated to the project.

The bridge incorporates several energy efficiency features ranging from the use of LEDs for the roadway and bridge lights, to constructing the Thruway Authority’s maintenance building to meet LEED Silver standards, to providing electric vehicle charging stations at the Rockland and Westchester path landings, to including rain gardens and using permeable pavement in future pedestrian walkways.

The new Mario M. Cuomo bridge is already serving more that 140,000 vehicles a day and features sustainability considerations, an extended 100-year service life, cashless tolling, structural health monitoring, and even community outreach that encouraged students to consider STEAM careers. When it is fully completed in 2019, it will also include a 12-foot wide path for cyclists and pedestrians with six scenic overlooks and a concrete barrier and fencing protecting them from traffic, along with a dedicated bus lane and emergency shoulders.

Brianna Fries is an Assistant Editor for American Infrastructure Magazine. She may be reached at brianna@penpubinc.com 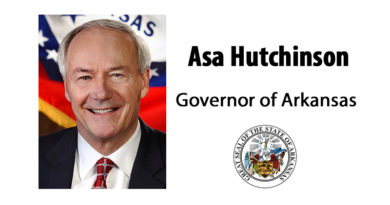 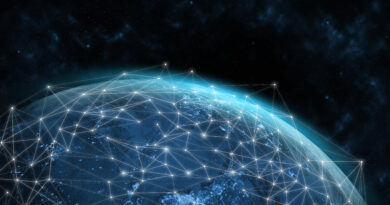