New York City’s subway system has its fair share of horror stories. Although most involve late trains and malodorous aromas, they tend to be non-life threatening. That is, until recent weeks when an Upper Manhattan train derailed off its tracks, forcing passengers to pry open the doors to escape, all while sparks and smoke surrounded them.

Fortunately there were no fatalities, but dozens were injured. Those waiting for the train thought it was perhaps a bomb. Riders inside where shaken, unsure of what had just happened. What’s fascinating is that none of the interviewed passengers ever feared for their safety while riding the train. They ride it every day. The train’s problems, if it ever did show signs of any deteriorating or malfunctions, had just become a part of the norm for the commuters. They questioned whether the train would be on time, or if there would be enough seating, but never if it was actually safe to ride. That’s how terrible our infrastructure has become.

Governor of New York Andrew Cuomo immediately responded to the tragic event, “While the investigation is ongoing, this morning’s subway derailment is an unacceptable manifestation of the system’s current state. New Yorkers deserve better.” Although no official report has been released fully explaining why the train derailed, a preliminary examination found that an improperly secured piece of replacement rail was stored on the tracks and could have possible caused it. This isn’t the first derailing story from New York City’s subway system to hit the news, and most likely won’t be the last. New York City’s subway system transports millions of individuals a day. For its safety to be questionable is not only irresponsible, but unacceptable.

To be fair, it’s not just NYC’s transit system that is becoming problematic for citizens. In the last couple years we’ve seen some national disasters that were in part due to poor infrastructure management, the Oroville Dam and Flint, Mich. for example.

Everyone seems to be fixated on building new infrastructure. It’ll create jobs, it’s good for the economy, etc. There’s a million reasons to build new, but is it so wise to invest heavily on the new infrastructure when so much of our already-existing infrastructure is literally falling apart? Why are we not addressing the fact that our old infrastructure is quickly become ill-equipped to carry out the demands of the 21st century? And is the solution to scratch the old and start new?

Technology is very rapidly moving infrastructure into the next generation, but it begs the question of whether or not we’re actually ready for the future or if we should focus on fixing the past before we continue to move forward, or if it’s possible to do both. The idea of a Hyperloop for example, recently made headlines again when Elon Musk bragged about receiving a verbal agreement from government to begin working on one. Obviously Elon Musk isn’t the problem, and neither is technology, but we don’t seem to stress maintenance as much in infrastructure. Although update notifications on our phones can be annoying, we do them because they are important. The same goes for maintaining our roads, bridges, pipes, and everything that literally keeps this country moving forward.

The silver lining from all these very public tragedies is that it’s shining some spotlight on the importance of maintaining and modernizing our infrastructure. Before Ernest Moniz left office last year, he highlighted the importance of modernizing our energy grids. In recent weeks, Secretary of Interior Ryan Zinke announced more than $50 million for maintenance and infrastructure work at national parks. Across the nation, many counties are implementing a small increase in taxes, which is being favored by voters, to address the need to maintain roads. A thorough detail of Trump’s infrastructure agenda has yet to be released, but local governments aren’t betting on that money to keep their cities moving forward, and that’s a wise decision – there are too many things that can’t wait.

Despite how we move forward with addressing our country’s aging infrastructure, we need to think long-term. It bears repeating that last issue we were fortunate enough to have a discussion with Casey Dinges, Managing Director for the American Society of Civil Engineers, to discuss the myriad of problems with our infrastructure, but also possible solutions. He emphasized thinking long-term, to think beyond just a decades, but actual lifespans.

Infrastructure, the Winner on Election Day 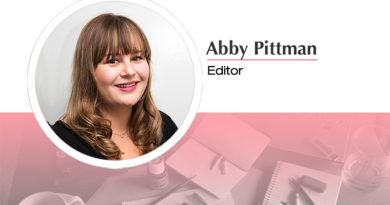