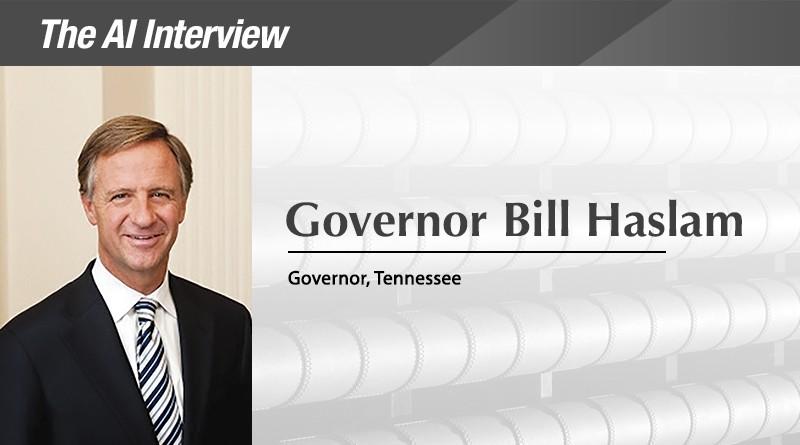 American Infrastructure Magazine: Congratulations on winning Governor of the Year! As Governor of Tennessee, what common problems have you seen and addressed in your state’s infrastructure?

Governor Bill Haslam: In 2017, we knew we had to address the way we, as a state, funded our infrastructure. The last time we addressed how roads and bridges were funded was in 1989. Back then, state leaders raised the fixed tax rate on gas to 21.4 cents per gallon, creating a transportation network that spurred the economic growth the state has seen during the last three decades. Due to inflation, increases in construction costs and the cost of land, and better gas mileage, the state comptroller estimated that 21.4 cents in 1989 was worth approximately 11 cents a gallon in 2017.

We knew we had to provide Tennessee residents with a safe and reliable transportation network and to support future job growth in our state. So in 2017, we introduced the IMPROVE Act (Improving Manufacturing, Public Roads, and Opportunities for a Vibrant Economy Act) which included a balanced and equitable transportation plan that will make Tennessee a pay-as-you-go state, and its roads debt free. The IMPROVE Act actually ended up giving citizens the largest tax cut in Tennessee history and is making the state more competitive in recruiting manufacturing jobs while delivering a safe, reliable, and debt-free transportation network for the next generation of Tennessee residents.

Nearly 1,000 road and bridge projects across all 95 counties will be delivered because of the IMPROVE Act – with several already underway – through a conservative, responsible, and user-based approach of raising the gas tax by six cents and diesel tax by 10 cents, each over three years. It also increased the user fee for electric vehicle owners.

At the same time, the legislation cut nearly $300 million in taxes in 2018 and more than $500 million in taxes annually at its full implementation. The tax cuts include a 20 percent decrease in the sales tax on groceries, which equals $125 million, and a $113 million reduction in business taxes on manufacturers.

Good roads take you to good jobs. The IMPROVE Act is a conservative and responsible approach to build and sustain the state’s economic growth and competitiveness for the next generation of Tennessee residents.

AI: In a world that is increasingly “going green,” what steps are you taking to help your state do the same?

BH: Abundant, clean water has been a strategic advantage for Tennessee and is critical to our quality of life. We need to ensure this critical natural resource is managed appropriately as our state continues to grow and prosper. Tennessee’s population is estimated to double in the next 50 years. Along with recent concerns over the utilization of the Memphis Sands Aquifer, droughts that have impacted numerous Tennessee communities, the failures of aging drinking water and wastewater infrastructure, and interstate battles over water rights, this growth [in population] stresses the need to develop a statewide plan for addressing water availability.

At the beginning of 2018, I appointed a steering committee of leaders from federal, state, and local governments, industry, academia, and environmental advocacy groups, and public utilities to develop a long-term, statewide plan for future water availability in Tennessee. The TN H2O plan will include an assessment of current water resources and recommendations to help ensure Tennessee has an abundance of water resources to support future population and economic growth. TN H2O is expected to be completed before the end of the year, and we will pass this comprehensive plan on to the next administration.

AI: What do you hope for your state to accomplish in 2019 in terms of infrastructure advancements?

Earlier this year, the state awarded $297 million in contracts from bids accepted for crucial road and bridge construction projects – the first major awarding of IMPROVE Act projects and the largest such bidding process in the Tennessee Department of Transportation’s (TDOT) history. With increased transportation funds, provided through the IMPROVE Act and TDOT’s federal budget, within the first year of the IMPROVE Act’s implementation, 288 – 30 percent – of the 962 projects designated in the legislation were started.

Two of the major projects include the reconstruction of Interstate-440 in Nashville and the I-24/I-75 Interchange in Chattanooga.

I am proud of TDOT Commissioner John Schroer and his team. They are viewed by their peers around the country as leaders, and they excel in making sure that major projects like these are completed. From planning, to environmental [analysis], to design, to construction, TDOT’s staff works diligently to move these important projects forward, meeting the expectations of our citizens by getting projects out the door and completed on time. 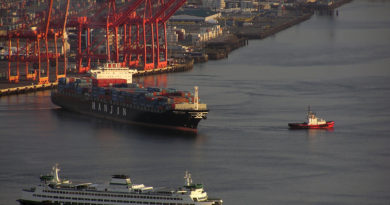 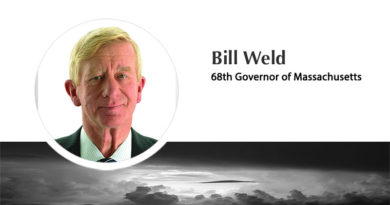 A Need for Advancement