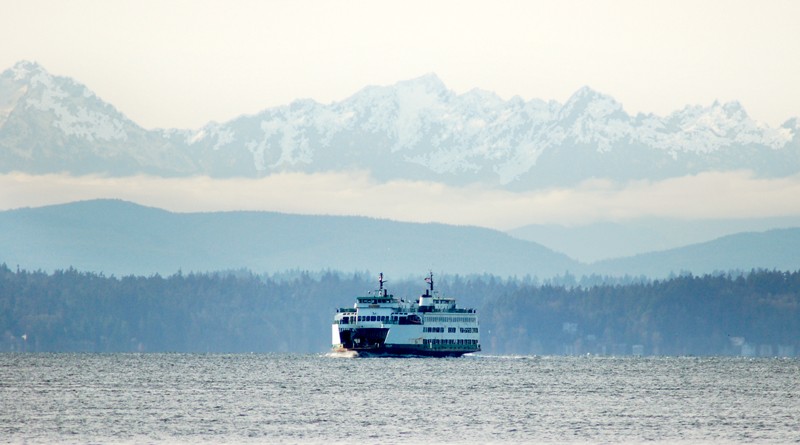 The Port of Olympia’s Stormwater Program was recognized by the APWA as the 2015 Project of the Year for its innovative and sustainable design.
By Sergio Flores

Much of our national news lately has been filled with cities being unprepared for a catastrophic event; either they aren’t up to date in their infrastructure or the damage suffered was greater than expected. That being said, it is important for municipalities to not only have a program set up for whatever natural disasters might occur, but to also over the years maintain it, so as to not be rendered obsolete and useless in a matter of years. Big or large, projects that protect quality of living should be prioritized by municipalities nationwide.

Washington State’s Port of Olympia is setting an example with their storm management system that was acknowledged by the American Public Works Association (APWA) as the 2015 Project of the Year. According to their website, the Port’s goal is to “implement and maintain best management practices that identify, reduce, eliminate and/or prevent the discharge of specific stormwater pollutants into surface water.”

The Port of Olympia is extremely dedicated to preventing, reducing, and eliminating the discharge of pollutants into Puget Sound, the coastal area of the Pacific Northwest. Stormwater runoff flowing into Puget Sound is a problem for the port, which the stormwater management hopes to prevent.

Both federal and state water quality laws require a permit for discharges of rain water and snow melt into surface water; the permit’s purpose is to control the quantity and quality of discharged water to protect surface water and groundwater.

Located on the Marine Terminal and implemented by the Port’s Engineering Department, the project has a huge environmental aspect to it. More than 130 million board feet of logs move through the Port of Olympia’s terminal each year. With each log that passes through the terminal, bark and other organic material is left behind and later washed into the south Puget Sound. Once it is washed into the coastal area, bacteria devours the materials while depleting the oxygen supply in the water, which poses a great problem to the myriad aquatic species who have habitats in Puget Sound.

Thus, in addition to treating stormwater runoff, the port’s second goal was to design a system that could counter the log yard treatments for pollutants, seeing as how prior to the program, there was no successful preventative protocol.

Designed by Herrera Environmental Consultants Inc., the company delivered a 3.25-acre stormwater treatment facility that will help the Port meet the state’s permit benchmark values. The Industrial Stormwater General Permit’s benchmarks are extremely rigorous and difficult to meet, especially for chemical oxygen demand (COD). Although the challenge has yet to be won, Herrera is hoping their facility will do the trick, which is comprised of a three-cell system for oxidation, pH adjustment, sludge pond, sludge handling facilities, treatment building and more.

Gerry O’Keefe, Senior Director of Environmental Affairs for Washington Public Ports Association (WPPA) stated, “The Port of Olympia went above and beyond the call of duty to create a system to do what we [Ports] do.” In addition to being named the Project of the Year by the APWA, the stormwater project was also recognized by as the 2016 Port Environment Award presented by the WPPA.

Governor of Washington Jay Inslee was an attendant at the project’s ribbon cutting. He remarked, “I’m here on behalf of my three grandchildren because they’re going to have a shot at a clean Puget Sound because of the leadership of the people associated with the port.”

Sergio Flores is an Assistant Editor for American Infrastructure magazine. He may be reached at Sergio@penpubinc.com. 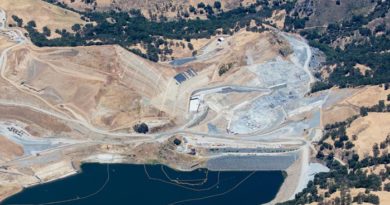 Lessons Learned of Infrastructure in 2017 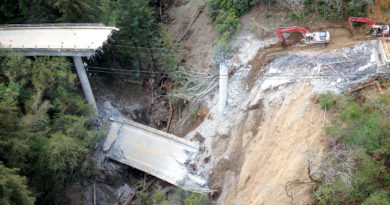 Bridging the Gap: A Highway 1 Transformation