Despite claims that there simply isn’t money for infrastructure reform, Governor Rendell sheds light on plans that will create the funds

President Trump is due to release his infrastructure revitalization plan in the next few weeks. Word coming from the White House is that he will only advocate the federal government spending $20 billion a year on a plan that he hopes, over the course of 10 years, will produce a trillion dollars. The math simply doesn’t add up. It is clearly not enough of an investment to do much about the sorry state of our infrastructure. Washington, in general, and the Republicans, specifically, are always saying they don’t have any money to invest in our infrastructure; there is just no way to pay for a significant investment.

That, as they say, is a bunch of cow dung. The Republicans and the president thought nothing about passing a tax reform plan that adds $1.4 trillion to the deficit. For example, the tax break — targeted to only benefit real estate developers — will cost $341 billion over the course of the next 10 years. The expansion of the estate tax exemption benefits very few American families, but carries the heavy price tag of roughly $100 billion. Reducing the top rate for the richest Americans by over 2 percent roughly costs another $250 billion.

So, don’t tell me or the American people that we “can’t afford to invest in our infrastructure.” Not doing so will endanger our public safety, negatively impact our quality of life, reduce our economic competitiveness, and miss an opportunity to create millions of well-paying jobs in construction and manufacturing. If they were worried that an infrastructure plan will add to the deficit, then they should pay for it by repealing some of the above tax breaks to people who obviously don’t need them. Despite being beaten down by decades of Congressional wussiness on the issue of raising revenue, I still think there is a plan that might pass the Congress and, joined with state and private funding, might move us forward.

Increase the TIFIA authorization to $1 billion annually. Inexplicably, TIFIA’s authorization was cut by the FAST Act. It should be raised immediately to $1 billion annually. There is a backlog of TIFIA applications, so the $1 billion would be of significant immediate help. TIFIA is mostly loans and loan guarantees, although under the bizarre federal guidelines, these count as spending — even though during TIFIA’s lifespan, almost none of their loans or guarantees have been defaulted on. So, in real dollars, there is almost no negative impact.

Lift the prohibition on state and local governments from tolling interstate highways. If we are truly serious about involving private sector dollars before they are invested, they need a guaranteed, reasonable rate of return. Letting the states place tolls on these roadways would be the surest way to provide it.

Bring back Build America Bonds at a 28 percent subsidy rate. In the stimulus bill, BABs paid for 35 percent of the debt service that state and local governments incurred. So even though they are taxable, it had a slightly negative impact on the budget deficit. Lowering the rate from 35 percent to 28 percent would match the taxes that they would generate and it would be a wash with no impact at all. Though not quite as useful at this lower rate, there would still be a significant demand for them. You will recall that BABs were one of the most successful parts of the stimulus.

Establish a National Infrastructure Bank that would offer low-interest loans and credit guarantees to leverage local, state, or private investments. Again, since these are only loans and credit guarantees, it has no real impact on the federal deficit except for CBO scoring. But in any event, we can resolve this by changing the EB-5 Visa Program so that loans could only be made to a National Infrastructure Bank. This would help capitalize the Bank and remove questions plaguing the EB-5 Program.

Hasten the project approval and delivery timeline to get needed projects built faster. Consider encouraging greater participation in the NEPA Assignment Program. Set a strict and specific timeline for federal environmental reviews. These regulatory changes make sense and we should include them in our proposal. We should not cede regulatory change to the Republicans.

Ensure the long-term solvency of the Highway Trust Fund by updating and indexing the federal gas tax and beginning the transition to a road user charge. We should bite the bullet and be in favor of Corker-Murphy, which would raise the rate by 10 cents per gallon. The tax hasn’t been raised since 1993 and has fallen way behind the inflationary increase. Besides, when I speak about infrastructure, which I do quite often, no more than one out of 100 people have any idea what the federal tax is per gallon anyway. This will cost the average driver who travels 12,000 miles a year about $140. When this money is appropriated to the states, it should be done by a new formula that gives states and localities credit for increasing their own spending. But since 25 states have increased their own gas tax in the last three years, it should be made retroactive to give them credit for taking the bull by the horns.

Establish and increase funding for competitive grant programs that reward cities, states, and regions seeking innovative solutions to their transportation challenges. You will recall that the competitive TIGER grant program in stimulus was enormously successful.

Are The “Squeaky Wheels” Diverting Attention From Underlying Infrastructure 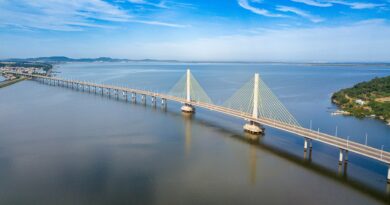 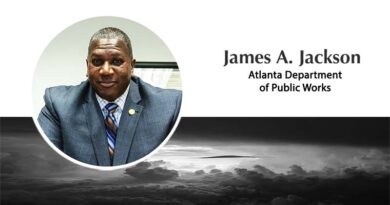