It felt as though for the first half of the year every article I read accurately described the deteriorating and crumbling state of our infrastructure across the nation. Everything was falling apart, and even those that didn’t find themselves to be politically conscious were catapulted into the debate with the heavily covered and scandalous events in Flint, Mich., which is still fighting the great battle, might I add.

Our infrastructure is so bad, that even the most polarizing and opposite of candidates, Clinton and Trump, agree that despite who enters the oval office, infrastructure investment will be a serious matter.

Regardless, what we’re finally seeing are solutions under discussion, bills being passed, and people’s passions igniting to solve some of our nation’s most imminent problems.

Welcome to our fall issue, themed water management and infrastructure: moving towards the future. Much of our news has been flooded, no pun intended, with numerous cities battling the dire consequences of stormwater. Stormwater is not pretty, and often either a city is not prepared or the experience exceeded the expectations. It’s always tragic, but the least it does is give us a reality check and helps us prepare for the future. We’ve come a long way as a country since Hurricane Katrina and we’re only moving forward. And it’s time that our infrastructure does the same.

Very special thanks to our featured interview, Paul Bowen, the 2015-206 president of the Water Environment Federation’s (WEF) Board of Trustees. Mr. Bowen took the time out of his hectic schedule at WEFTEC to talk to us about water infrastructure and water management, and the role it is playing at the conference. It’s a great interview and really gives us a taste of what the future of water management and infrastructure might look like, in addition to highlighting other aspects of infrastructure, such as the need for skilled labor, that often gets overlooked when complaining about our infrastructure. One thing that Bowen pointed out, along with a few of our guest columnists in the issue, is the correlation between technology and infrastructure. Bowen paints a futuristic picture for us, where pipes have sensors which allow its controller to detect at a much earlier rate when the pipe will burst, thus being able to intervene beforehand, consequently saving money, lives, and sparing the scandal. It’s such a great time to be in the water industry because it’s going to change for the better, and Bowden’s enthusiasm for it really shows just how strong of a passion both newcomers to the industry and seasoned professionals have for this problem.

Many thanks to our readers, advertisers, and contributors, as always. See you next quarter with our annual awards issue where we take advice from you, the readers, on which projects you think merit the recognition of being our year-end project award. We’ll be covering every sector of the municipality in that issue, energy, transportation, water, building, etc. We’ll be sending out a quiz for you to vote very soon, so keep an eye out for that in your inbox, otherwise go to our website and cast your vote. 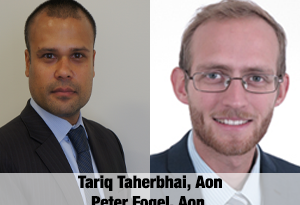 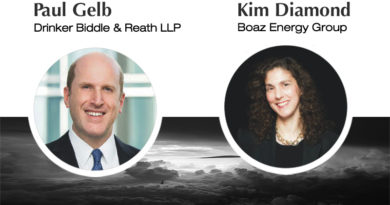 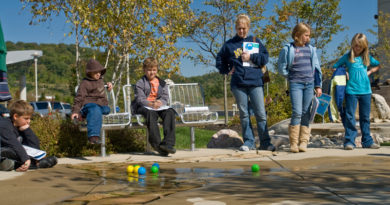