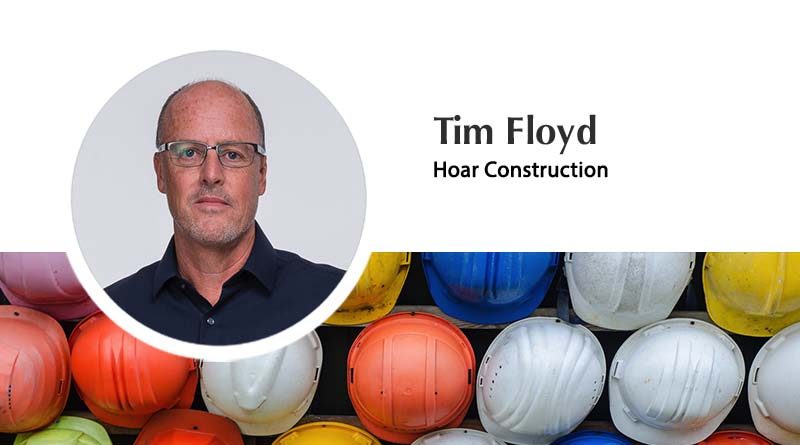 In This Issue New This Week Risk Management
0 Comments

No matter what area of the country or what type of project, developers and general contractors are facing two universal challenges: public funding for projects is on the decline while the cost of building materials continues to soar. To effectively battle this two-headed monster, project teams must be able to develop efficient and creative infrastructure solutions that enable projects to get built on time and within budget. Now more than ever, firms that can successfully innovate will find themselves in demand.

Over the last four years, Hoar Construction has developed many of our best practices at Dania Pointe, a 102-acre retail and mixed-use destination in Dania Beach, Fla., that sits on a former industrial site. Through planning every stage of work closely with the client, engineer, and trade partners, and by collaborating closely with local municipalities, we successfully transformed a barren brownfield site into a blank canvas that will support one million square feet of buildings and surrounding hardscapes. But to get there, we had to take the road less traveled.

No public funds had been set aside for a series of required infrastructure improvements, which included upgrades for municipal sewer and water systems that were needed due to the projected increase in population. The sewer force main ran directly underneath Dania Beach Boulevard, one of the city’s main thoroughfares, as well as several neighborhoods, a fire station, a federal highway, East Coast railway, and a canal.

Before our involvement, initial plans called for engineers to shut down a two-mile stretch of Dania Beach Blvd. block-over-block so work crews could make an open cut, lay lines, and then repave the road. After reviewing the projected cost of five-six million dollars and the anticipated traffic headaches that would last for several months, Hoar and its trade partners met with city officials and petitioned to change the open cut to directional bore by 80 percent so we could line the new systems directly underneath the roadway and avoid multiple road closures. Doing so required careful precision with tracking locators on existing utilities to prevent unintended damage, but the proposal would ultimately impact a much smaller area than the original plan and result in far fewer street closures. There was a Safety- Quality Preplanning Meeting (SQPM) scheduled to walk through the entire process before work began. By starting our drilling in a green area and increasing the use of the directional bore in some areas by up to 800 to 1,000 feet at a time, we were able to reduce our project time by five months and shrink our overall footprint while saving an estimated $1.5 million dollars.

The project at Dania Pointe also provided ample opportunity to reuse and recycle. During the course of a significant demolition that was required to widen a major road, our team discovered that 80 percent of the soil underneath was poor and unsuitable. After reviewing various options, we decided to crush demolished concrete from the road and site to reuse as backfill to bridge over the unsuitable areas. County engineers reviewed the tested material to ensure it was structurally sound, with the creative workaround saving more than $2 million dollars and a lot of legwork.

This method of crushing old concrete to create aggregate for new projects is rapidly increasing in popularity for both its environmental sustainability and cost efficiency. Recycled concrete aggregate has a smaller carbon footprint, requires less energy than mining virgin aggregate, and helps conserve the diminishing virgin aggregate supplies near urban centers, while still producing structurally sound material for roadway base, pipe bedding, and ready mix concrete. In addition, our team was also able to process the unsuitable soil so it could be repurposed for fill-in needs, while the developer successfully negotiated a deal to sell off the surplus soil to other contractors. The end result generated an estimated 30 percent savings in fill material cost for the project.

At the Celebration Pointe mixed-use development in Gainesville, Fla., work crews built a bridge over I-75 to give shoppers an alternative entrance to the development. The design for the bridge required two structural piers as supports to the concrete bridge beams. These piers are cast in place on top of a series of concrete piles, which are made off site, delivered to the project and then driven into the ground. During the pre-construction process we realized that, due to Gainesville’s geology, there was a high probability the concrete piles would not achieve their proper bearing strength and would require splices to be attached in the field. While this method is often done on a case-by-case basis with splices ordered bespoke as required, the Celebration Pointe team recognized this would lead to costly delays due to time spent waiting on each splice to be cast, delivered, and set.

After multiple meetings, work sessions, and a cost-benefit analysis, our team found a way to pre-cast one end of the splice on top of each pile. Although this increased the front-end cost, the investment quickly paid for itself in construction time saved. Ultimately, 23 of the 24 piles required splices, and, because of our team’s efforts to develop a creative technological solution, we were able to deliver on time and within budget.

These key innovations and breakthroughs all merged outside-the-box concepts with efficient uses of technology to circumvent and alleviate the challenges presented by public funding and building costs. We believe these innovations will inspire further research and development, resulting in effective and innovative best practices in the construction industry in the next decade ahead.

Tim Floyd is a senior superintendent with Hoar Construction’s Florida Division. He has 25 years of industry experience, and oversees a variety of project types including mixed-use, retail, hospitality, and office. 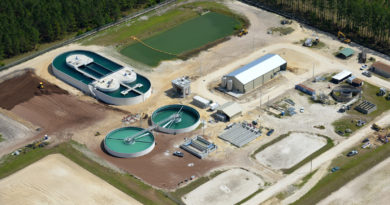 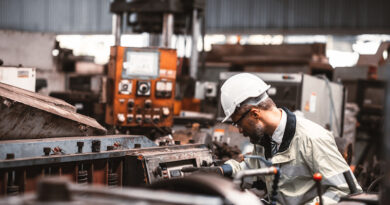 USACE Reveals Plans for $23B in Federal Funding 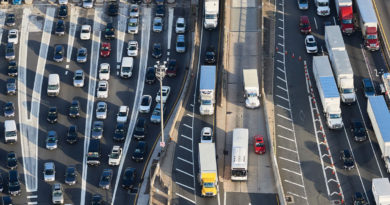 Creating Means of Passage for the Country