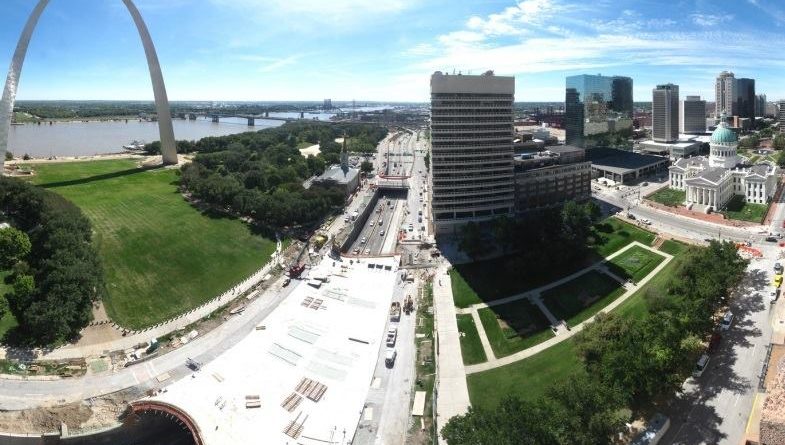 Part of an ongoing urban revitalization campaign, the development of a unique land bridge between downtown and the Arch grounds enabled significant modifications and reorganization of access into the downtown core

The connection centerpiece of St. Louis’ CityArchRiver Foundation initiative is the $30 million Park Over the Highway Project: a 285-foot land bridge that carries a landscaped pedestrian greenway over Interstate 44 making a seamless connection between downtown and the Arch grounds. The inspiration for this unique development was to connect the grounds of the iconic Gateway Arch over the interstate into downtown St. Louis, in an ongoing urban revitalization campaign. Overall, the grand initiative is expected to bring an additional $360 million in economic impact and 4,000 new jobs to the region.

The Gateway Arch grounds is currently in the final stages of a major transformation, led by a public-private partnership between the CityArchRiver Foundation (a non-profit established for the initiative), the National Park Service, the Jefferson National Parks Association, Great Rivers Greenway, Bi-State Development, the City of St. Louis, the Missouri Department of Transportation (MoDOT) and a host of other agencies and groups on both sides of the Mississippi River.

The 91-acre park grounds renovation, a $380 million project, was funded through a combination of public dollars ($69M), bonds ($90M) and private money collected by CityArchRiver ($221M.) Significant efforts were made to achieve buy-in from the public and area stakeholders, and to solicit their input on this landmark project.

In addition to the land bridge, the MoDOT Park over the Highway project necessitated significant modifications to interstate ramp connections, other bridges, downtown roads and intersections, traffic signals and traffic flows, and reorganizing access into the downtown core. Specifically challenging was converting Walnut Street from a one-way facility that carried traffic into downtown to a two-way facility that carried traffic in and out of downtown; all while not impacting existing right-of-way, incorporating ADA compatibility, and securing turning movements for the largest category of semi-trailer trucks. 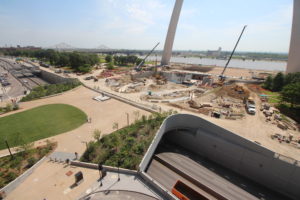 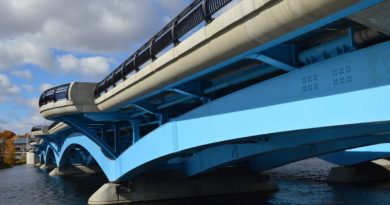 Bridging Past and Present 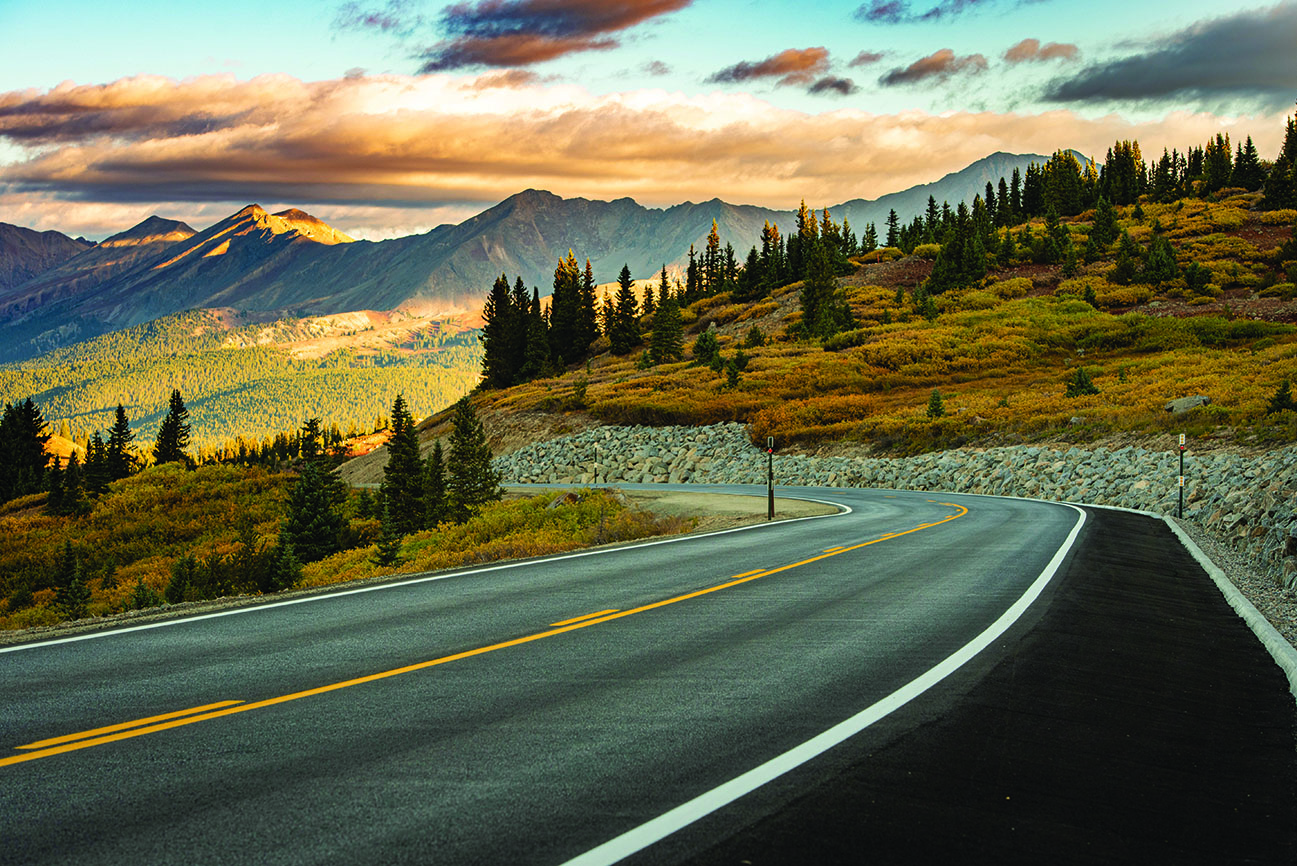 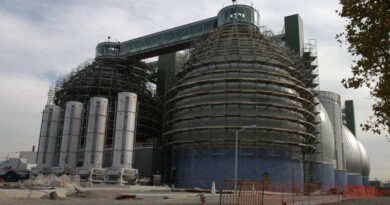