This will be the largest federal investment in infrastructure in over a decade.

According to CNBC, in a statement, the administration said Biden will be joined in a signing ceremony by members of Congress who helped write the $1 trillion piece of legislation to improve the nation’s roads, bridges and waterways.

“The President will highlight how he is following through on his commitment to rebuild the middle class and the historic benefits the Bipartisan Infrastructure Deal will deliver for American families,” the White House said in a press release.

Namely, “millions of good-paying, union jobs for working people, improvements in our ports and transportation systems that strengthen supply chains, high-speed internet for every American, clean water for all children and families, the biggest investments in our roads and bridges in generations, the most significant investment in mass transit ever, and unprecedented investments in clean energy infrastructure.”

Biden’s signature will make the Infrastructure Investment and Jobs Act law 10 days after the House passed the bipartisan piece of legislation. The legislation includes about $550 billion in new funding for transportation, utilities and broadband. It also invests $110 billion into roads, bridges and other major projects, directs $66 billion toward passenger and freight rail and $39 billion into public transit.

The bill will invest $65 billion in expanding broadband access. It will put $55 billion into water systems, including lead pipe replacements. The legislation also includes a provision for cryptocurrency tax reporting. 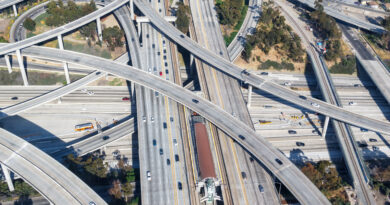 Climate in the infrastructure bill: A substantial investment in resilience