In This Issue Infrastructure New This Week Transportation

With the anticipated increase in air traffic in the next decade, airports need major funding to upgrade their facilities

As the great, late, Yogi Berra would say, “It’s deja vu all over again.”

As a former elected official, but most importantly as an American citizen who wants to see our country meet its challenges, my frustration increases every time I read about Congress’ failure to move quickly to address a problem, in part because of Congress’ lack of courage to raise needed revenue.

In my current life, as a private citizen, serving as a lawyer for a big firm, consultant, and board member to many companies, and co-chair for four nonprofits, I take four or five plane flights per month. As anyone who flies frequently knows, the state of our airports is disgraceful. In its recent report, the American Society of Civil Engineers graded the state of our airports with a meager D. Former Vice President Joe Biden made a now famous quote:

“If I blindfolded someone and took them at 2:00 in the morning into the airport in Hong Kong and said ‘Where do you think you are,’ they’d say, ‘This must be America, it’s a modern airport,’ but if I blindfolded you and took you to LaGuardia Airport in New York, you must think, ‘I must be in some third world country.’ I’m not joking.”

On April 20th, it was some heartening news when the house overwhelmingly, and with bipartisan support, approved a five-year FAA bill. It addressed the need to provide long term stability to the nation’s aviation programs.

Not surprisingly, aviation programs are currently operating on the fifth extension of FAA programs, which is due to expire on September 30th. The last time a FAA bill passed was in 2012 after an incredible 23 extensions. The Senate must still act on its version of the FAA bill, and Commerce Chairman John Thune is hopeful that the Senate can act on it in the next few weeks. Despite his optimism, there is still a chance it won’t get done before the most recent extension runs out on September 30th, which will mean a sixth extension. There seems to be no doubt, however, that there will be a comprehensive legislation, even if it has to be done in the lame duck session after the election.

So much for the good news! Although getting a comprehensive legislation passed in the law will help the state of American airports, the truth is that the right improvement will come only with an influx of new revenue. The average age of our airports is 40 years, and the Airports Council International estimates that there are over $100 billion in infrastructure needs in the next five years. This situation is exacerbated by the fact that the FAA estimates that the number of passengers, currently at 825 million per year, will increase by almost 200 million by the end of the next decade. To accommodate this growth, US airports must modernize.

Our airports receive funding principally from two sources. The first is excise taxes on ticket purchases, jet fuel, cargo shipments, and interest revenue. The second source of income is the Passenger Facility Charge (PFC). This modest user fee goes directly to the airports to invest in their facilities. The PFC cap is set at $4.50 per passenger and has not been adjusted in 17 years. Congress needs to increase revenue coming from both sources. We are all aware that almost all of the airlines instituted ancillary fees like those for checking bags or early boarding. Neither of those is subject to the federal excise taxes and do not contribute any revenue to the trust fund. According to the GAO, if baggage fees had been subject to a 7.5 percent excise tax in 2010 alone, the trust fund would have received an approximate increase in revenue of $248 million. This would add $1.87 to the $25 per bag charge, a small fraction of what it would cost to have one beer on the plane – a sum not likely to cause a taxpayer revolt.

If Congress would authorize raising the PFC cap from $4.50 to $7.50, it would produce almost $2.5 billion of revenue per year. Combining both sources of new revenue would provide nearly $3 billion per year or about $15 billion in the next five years. This total would still not be nearly enough to meet the Airport Council International estimation of $100 billion in infrastructure needs, but added to local and government investment and airline contribution, it could produce significant modernization for our cash-starved airports.

I’m proposing Congress add, at most, $4.87 to the cost of every flight. Passengers that have been bludgeoned by $25 increases in baggage charges and $25 fees for early boarding and having to pay for food on trips would barely notice such a miniscule increase. I think the risk for our 435 brave Congressman and 100 courageous Senators is almost nonexistent, so suck it up guys and girls and let’s get moving!

Edward G. Rendell, Pennsylvania’s 45th Governor, began a second term of office on January 16, 2007, following a landslide re-election victory. As Governor, Rendell served as chief executive of the nation’s 6th-most populous state and oversaw a $27.5 billion budget. He currently serves as co-chair for Building America’s Future Educational Fund (BAF Ed Fund), a bipartisan coalition of elected officials dedicated to bringing about a new era of U.S. investment in infrastructure that enhances our nation’s prosperity and quality of life. 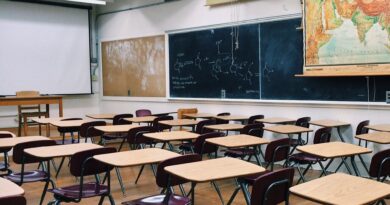