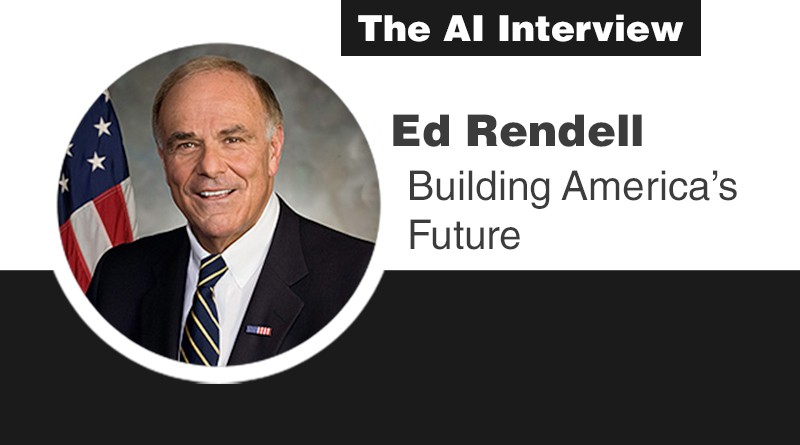 American Infrastructure: What is the incentive for private equity funding of infrastructure absent tolls? We understand, for example, that there are 70,000 bridges that need to be repaired, but Marcia Hale (previously interviewed in our last issue of AI) is on record as having said that only one in seven bridges might potentially yield a toll.

Ed Rendell: That’s far too generous. Of the 70,000 bridges that are structurally deficient in America, no more than 100 have a toll that would sustain private investment. Infrastructure is a very excellent place for private investors to put their money because it’s a stable, guaranteed investment. And in turbulent economic times, that’s what a lot of investors are looking for: a sustainable investment with a decent rate of return, but only when there is a decent rate of return. And most of those 70,000 bridges, I’d say at least 69,000 of them are smaller bridges that couldn’t be tolled, and even if they were tolled, wouldn’t produce enough money for a decent return.

ER: They usually come on big projects, big projects where there is some guarantee of a rate of repayment. So for example, when Los Angeles did the bond issue for the high-speed rail, and it was voted yes by the voters the first time, the expansion was voted down the second time. They pledged a half a cent on the sales tax to pay the bonds, so it was a guaranteed source of income. So, it either has to be from a toll or from a tax; not from a general tax, but from a specified tax, a guaranteed tax, a tax that is targeted to the repayment. Basically, either toll or tax is the way to get that type of return.

AI: Marcia Hale and the team at BAF think that finding private equity investment is viable as a source of funding?

ER: Sure, it’s viable for big projects, big projects that can be tolled, big projects that will sustain that tax. So I’ll give you an example: the people of Charleston, in a referendum, voted to increase their sales tax by half a cent to revitalize the port of Charleston. That was just a regular tax that the government was going to spend the money on the port itself, but that could have been a perfect vehicle for private investment because once the sales tax is passed, and the sales tax increases pass and are dedicated to repaying the bonds, you’re in great shape.

AI: What would you say if you were to advise government on how to find a trillion dollars to make some of these shovel ready projects go?

ER: No one source of revenue can do that. It should be a mixed bag. The first thing I would advise is that the federal government should lift the ban on states placing tolls on highways that were built with some federal contribution. Right now, no state can do that. So for example, Pennsylvania has a toll on I-95, it’s the only state I think along the line that has it, but because of something that was passed during Bill Clinton’s presidency we can’t toll it now because there’s a ban, a moratorium on any state tolling, on any highway that was built with partial federal funds. They should remove that ban and let states place tolls. That would be one thing they could do that would have no impact on the federal deficit. They should bring back building America’s bonds where the federal government paid a portion of the debt service to the states that issued the bonds; then they would be regular, non-taxable, municipal bonds, and the states would be prompted to issue bonds where the federal government would repay some of the debt service. It was nearly 5 percent, this was during stimulus, and it was very successful. That has a small impact on the federal deficit because it does not take money out of the federal government’s treasury. The federal government is repaying the states for some of the debt service. But that’s certainly an old way to do it. The third thing they should do is increase the funding and TIFIA. TIFIA is the Transportation Infrastructure Finance and Innovation Act and TIFIA is a loan guarantee program where the transportation department can guarantee loans, or actually make loans, directly to projects where there is, again, a rate of return. And it’s perfectly able to prompt an increased private investment. Those are three things that I would do right away and they have a very small impact on the federal budget deficit.

AI: Based on your long experience as Governor and in government, mayor and DA, going back through your history of service, what do you think the chances are of us seeing meaningful infrastructure financing?

ER: The things I just sketched could all make private financing a reality. But private financing is not going to take $1 trillion or anything close to it. So then there’s got to be federal investment. Now the states, you understand, have all stepped up – not all, but most of them have stepped up – red states and blue states alike have increased their gas taxes. States like Montana and Wyoming, the reddest of the red states, have increased their gas tax. So have states like Pennsylvania and Massachusetts, so it’s a mixed bag. Over 17 states have increased their gas taxes significantly. In Pennsylvania, after my time as Governor, the Republican Governor in 2014 came out in favor of a gradual 32 cents a gallon increase on the gas tax over five years, and I came up and stood with him and advocated that we pass it. We passed it with a mixture of Democrats and Republicans votes, and not one legislator who voted for it was defeated for reelection at the next election. Not one.

ER: It’s popular and people understand — they may not like it, but they understand it has to be done, so the states have done it. But the states can’t produce enough revenue by themselves to give us a significant infrastructure revitalization program, so there has to be federal revenue. Now where does federal revenue come from? It comes from – basically right now there are two things under discussion. Number one: raising the gas tax. Now, I believe, personally instead of building America’s future, we should raise the gas tax. It hasn’t been raised since 1994.

AI: And it’s cheap enough right now, even in Southern California we’re paying less than $3 a gallon, and we were almost paying $5 there not too long ago.

ER: 18.7 cents per gallon. Now, if educated people don’t know what it is, almost no one knows what it is, so it’s easy to raise! There was a bill in the last session sponsored by Senator Murphy, Democrat from Connecticut, and Senator Corker, Conservative Republican from Tennessee, to raise the gas tax ten cents a gallon and adjusted it to inflation.

AI: Wow, that would have funded everything.

ER: Not everything, but close to it. Unfortunately, they couldn’t get another Republican co-sponsor, even though Representative Corker is a very well-respected Republican.

AI: So is that likely to come back around?

ER: Probably not. The gas tax, politically in the current atmosphere, is not likely to be approved. The second way they could do it is out of tax reform. They could dedicate some of the money that’s saved by getting rid of some of the tax write-offs and tax credits, they could dedicate some of that money to infrastructure, that’s tax reform A. Or, tax reform B is a repatriation of the foreign investment money that hasn’t been brought back to the United States that wants to come back to the United States, they could repatriate that money and dedicate a significant portion of it to infrastructure. If they did that at a 5, 6, 7 or 8 percent rate in the gas tax, and did the things I talked about for the private sector, that would almost get us to a trillion dollars over ten years.

AI: Is it a trillion dollars over ten years, is that the number?

ER: And the President is correct in saying that we desperately need to improve our public safety, to improve our quality of life, to make us more economically competitive, and it’s the single best producer of well-paying, middle class, blue-collar jobs in America. The U.S. Department of Transportation estimates that for every billion dollars that is spent, it would produce 25,000 well-paying jobs. So if we add an additional 100 billion dollars a year, which is a ten-year, trillion-dollar infrastructure program, if we add an additional hundred billion a year, that would produce 2 and a half million jobs. Good jobs that pay $60, $70, $80,000 a year that you don’t have to be a college graduate to hold.

AI:  Wow, amazing. So we’ve lacked the political capital really aside from the funding to make these types of investments in our failing infrastructure. It seems like as a country we seem to only wake up when a bridge fails or when the levees fall.

ER: We wake up for only three or four weeks and then it goes away. But I do think I’m optimistic: one, because it’s failed so badly that people are aware we’re in desperate shape, two because we have a president, as we would have had if Hillary Clinton was elected, who’s dedicated to infrastructure repair, and three we’ve got a democratic party that’s willing to work with the president on infrastructure revitalization. So I am optimistic if people stay focused, approach this with good will, we can put together a package of private-public funding, state funding, federal funding, local funding, and private funding that could make this a reality.

AI: Is there a last thought you have on the subject of American infrastructure that you’d like to share as we’re headed into this new, ‘Trumpian’ administration?

ER: I’ll say this, I’m optimistic because things can be done because of what President Trump has said about it, and because the Democrats and the Congress has indicated that they’re happy to work cooperatively and in a bipartisan fashion to get this done, and it has to get done because there’s not one thing that we can do in Washington that will impact our public safety, our quality of life, our economic competitiveness, and our need to create well-paying jobs. 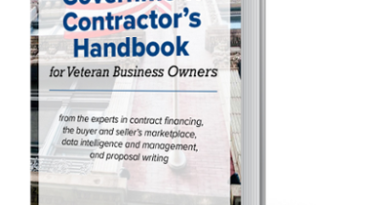 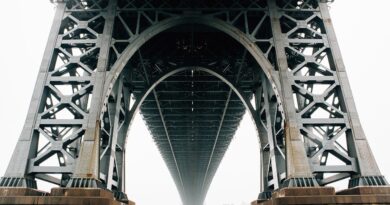