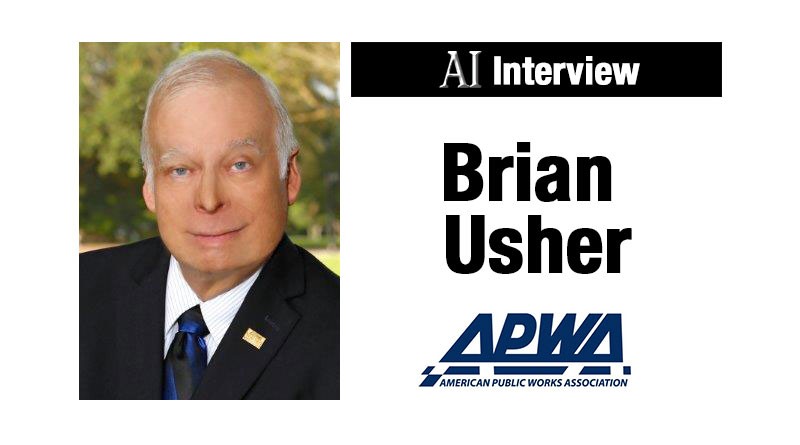 Brian Usher, PWLF, joins us in an update to his previous interview this past winter, covering what strides we’ve made since then, what work we should be doubling down on, and what the APWA is doing to ensure support for reworking our attention-starved infrastructure.

American Infrastructure: As we’re just past the mid-year point, what are some of the major strides we’ve made as a nation this year so far?
Brian Usher: Potable water and sanitary sewer funding is in a healthier situation, with the ongoing revolving loan programs allowing some projects to move forward. Additionally, as these are usually true enterprise type systems, funded by user fees and revenue bonds, projects in these areas have seemed to be more palatable to the politicians.

AI: What areas do we need to focus our efforts on in the second half of the year?

Usher: Unfortunately, since the passage of the new federal transportation program (known as Fixing America’s Surface Transportation Act, or FAST Act) in December, there has been little other movement from the federal partners on implementation or roll out of the funding and programs as of now. We hope that this will move forward in the shorter term so that we do not lose an entire year of project activity due to administrative backlog—there is still no comprehensive approach to finding a reliable funding source for county and local roadways and bridges, and this is still a very large area needing attention.

Numerous members of the House of Representatives I have spoken to agree that this is an issue impacting their district, but also admit that there is little hope of action in the short term due to the political climate and election season. We all must advocate and educate our individual Congressional members. There is strength in numbers and we must all work together to make the situation known to Congress in order to gain their attention.

Beyond transportation, funding for local stormwater maintenance and projects through the Army Corps of Engineers is road-blocked in WRDA discussions, which Congress failed to address prior to their summer recess. Hopefully they will make this legislation a priority upon their return in early September, but with the pending election and campaign schedule, I am not hopeful.
In the second half of the year, unfortunately I see little progress on moving funding or large projects forward as incumbents try to keep a low profile on spending leading up to the elections. There may be some hope of actions through the lame duck session at the end of the year, but that is never a sure bet. Continued advocacy for projects and action need to occur during the last half of the year to hopefully place the concerns front and center after all levels of elections this fall.

AI: Are there other issues that have developed this year in particular, or maybe some that surprised you?

Usher: Historically, the greatest rate of Congressional action on environmental legislation occurred between 1969 and 1990. Think about it—three versions of the Clean Air and Clean Water Acts, NEPA, FIFRA, TSCA, SMRCA, and two versions of RCRA and CERCLA in just twenty years!

Still, today we’re seeing a growing personal awareness of environmental issues. People are starting to see the effects of climate change with their own eyes—we’re seeing stronger storms and hurricanes, extreme drought across the West, extreme temperatures, and record snowfall in the East. So EPA is taking action under its existing mandates. For example, the Supreme Court has ruled three times that carbon dioxide can be addressed under the Clean Air Act because EPA science has shown it’s a threat to human health and the environment. That’s why we finalized the Clean Power Plan last summer. We’re also taking action to protect clean water, protect agricultural workers from pesticide exposure, and protect public health in communities across the country.

AI: How is APWA advancing the relationships between local, state and federal municipalities, so they can learn from each other and work together to get things done?

Usher: This is one of the most exciting developments in recent years. The U.S. now uses three times more wind and 30 times more solar power than we did when President Obama took office in 2009. Jobs in the solar industry are growing 12 times faster than the rest of the economy, and these are good-paying, middle-class jobs that can’t be shipped overseas. So climate action represents an unprecedented economic opportunity—and it’s another example of how we can bring the power of technological innovation to bear in solving this problem, just as technology has helped us solve other environmental problems.

Major companies recognize that climate action is not only the right thing to do; it’s the profitable thing to do. That’s why 154 U.S. companies—representing nearly 11 million jobs across all 50 states, and more than $7 trillion in market capitalization—have signed the White House American Business Act on Climate Pledge. They know that climate impacts threaten their operations, while climate action will open the door to innovation and new opportunities for U.S. leadership.

AI: How is APWA trailblazing the development of sustainable and livable communities across the nation? 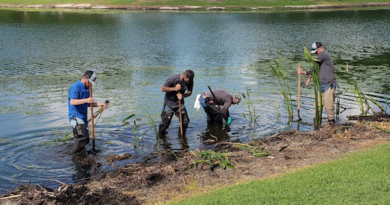 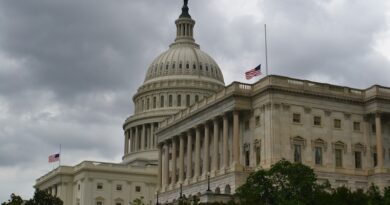 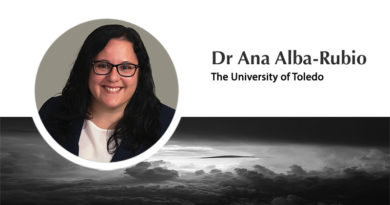 Cracking Down on Carbon