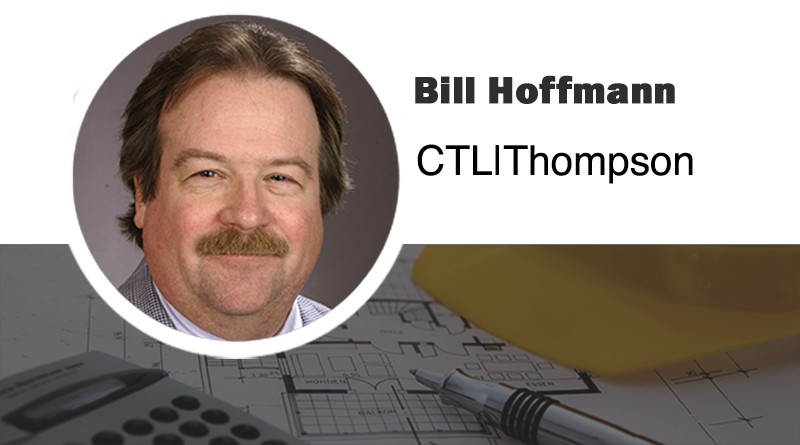 The rehabilitation of a 2.8-mile-long levee along the Arkansas River in Pueblo, Colo. presented several complex engineering challenges

Every municipal engineering project demands teamwork, collaboration, and community spirit. Nowhere is this embodied more clearly than in the rehabilitation of a 2.8-mile-long levee along the Arkansas River in Pueblo, Colo.

Constructed from 1923 through 1926, erosion at the toe of the structure and buckling concrete on the levee’s face created major structural deficiencies. Though reconstruction served the common good, it also faced considerable public backlash. The means and methods used to build the original structure were deemed historic and required preservation approval. The public hoped to preserve the world’s largest outdoor mural, created by thousands of artists over four decades. And the project lacked a funding mechanism so would require an increase in property assessments. In short, the restoration team had its work cut out for them. The specialized engineers and technicians had to find solutions for the engineering challenges as well as those raised by artists, public officials, historians, and other public stakeholders.

The Pueblo Conservancy District, which oversees the levee, chose NorthStar Engineering and Surveying to take on the challenge. In 2012, NorthStar identified a project scope that included engineering solutions and establishing a funding mechanism. In 2013, the preliminary design phase started and CTL|Thompson joined the team, and construction began in November 2014. The project will likely take 10 years in total, from the time of initial study to completion and certification.

For the district to reinstate assessments it had to solve quite a jigsaw puzzle. Over nearly 100 years property lines had changed, zoning had shifted and structures had been sold, demolished or rebuilt. Yet preservation was critical to protect all those in the floodplain, including Downtown Pueblo and the vital municipal assets located within, such as police headquarters, the judicial complex, and the Union Avenue business district.

After extensive community discussion and feedback, the district enacted a three-tiered assessment approach that generates $1.1 million annually. Combined with loans, the assessment funded the first three phases of the project, at a cost of approximately $10 million. Additional funds are necessary to bring the project to completion, but work continues and the district is pursuing funding increases.

Keeping in touch with history
Just about any flood levee project management project must comply with Federal Emergency Management Agency (FEMA) National Flood Insurance Program requirements, and the U.S. Army Corps of Engineers (USACE) Levee Safety Program needs to approve the work.
In Pueblo’s case, the state historic preservation officer had to approve lowering the height of the levee, which would adversely affect its historic nature. A solution that met public approval was also needed to preserve the record-holding mural, which didn’t meet historic guidelines.
Ultimately, repairs met historic guidelines and the district funded a photographic record of the existing mural. Our team also created safe access to the site for artists to create new artworks on the new next-century levee.

Its location between the Arkansas River and a railroad switching yard required crews to coordinate operations with the railroad. Four major roadways bridge the river, including Interstate 25, and homes are built up to the toe of the levee. With its steep grade, the levee’s narrow crest – less than six feet wide – was inaccessible to typical equipment. Soil surveys were difficult to administer, and historical maps or charts from the levee’s initial construction were completely unavailable. Further, the site along one of southern Colorado’s most significant water routes meant that the team could only work November through March, when river flows were low.

Eventually, we surmounted these many obstacles, or rather, went over, under, and through them. We procured a narrow-track drilling rig that could drill to adequate depth and could be driven up the levee face. As a bonus, the narrow-track rig did not require a crane to move along the levee’s crest, which reduced costs by almost two-thirds compared to a light duty, crane-set rig.

Through hydraulic evaluation, NorthStar Engineering and Surveying found that the levee’s height could be reduced without sacrificing flood protection. The Pueblo Reservoir had been added since the levee was originally designed, which relieved some of the potential for flooding. Shortening the levee also widened the crest, which made construction more accessible and less costly.

Restoration of the toe of the levee was difficult, given that the toe was in a restricted access zone and, at the upstream end, was 8 feet below the active river bottom. A sheet piling cofferdam installed from the river side during the first and second phases of the project helped to dewater, providing a drier working environment to re-key the toe into the existing substrata and install new concrete around existing sheet piling.

Three of the construction phases now are complete. Several years of work remain. Fortunately, with creative thinking, strong communication, and collaboration, the team has designed a solution to protect the community from potential disaster while improving an important part of its heritage.