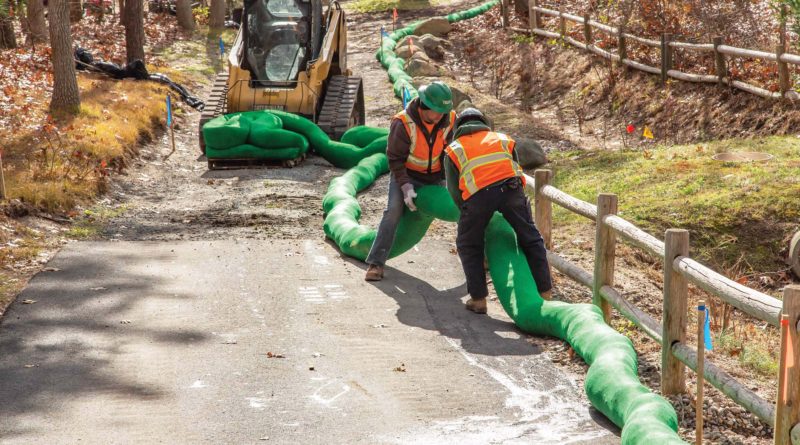 Feature In This Issue New This Week Water
0 Comments

Most people are familiar with Cape Cod. When this summertime destination is discussed among travelers, many people imagine East Coast beaches, bright sunshine, seafood, and picturesque scenery.

What no one wants to imagine when they think of Cape Cod is pollution and stormwater runoff. Unfortunately, when storms hit this area of Massachusetts, this issue becomes a stark reality.

The Three Bays stormwater project, which is being managed by the Association to Preserve Cape Cod (APCC) aims to address the issue of stormwater run-off coming into the Three Bays Watershed in the Barnstable area of Cape Cod.

Having begun in September of 2016, the Three Bays stormwater management project is estimated to reach full completion in early 2021. Though the project originally provided a three-year timeline to its completion, additional grants that were earned allowed the timeline to expand, making it a five-year, $1.2 million, two-phase project.

The goal for the Three Bays project is to improve the water quality in the Three Bays (North Bay, West Bay, Cotuit Bay and Prince Cove) region of Cape Cod by reducing pollution from stormwater runoff. The project team aims to accomplish this by installing green infrastructure stormwater Best Management Practices (BMPs) and reducing fertilizer use that could otherwise contaminate runoff going into the watershed.

With the APCC acting at the managing body of the project in close partnership with the Town of Barnstable Department of Public Works, collaboration was necessary to the project’s success. The first step to this collaborative effort was to settle on the project’s purpose. The entities involved had very specific objectives which they divided into short and long-term goals.

Most of the short-term goals were intentional standards set that could have tangible results by a certain target deadline. The first, guiding goal was to create a comprehensive stormwater management plan that identified and prioritized retrofit sites with impacts to surface waters. Additional short-term goals included coordinating the design plan with the best management practices, implementing regular use of these practices by a certain date, eliminating 70-85 percent of bacteria and 55 percent of nitrogen from the stormwater runoff, and reducing the use of impervious surfaces in favor of restoration of marshes and dunes.

Green infrastructure guided the remaining short-term goals. By improving the understanding of green infrastructure in terms of its purpose, its benefits, and its objectives, increasing public support and involvement in these projects follows suit. Additionally, it could encourage the community to limit their chemical applications in landscaping in favor of eco-friendly alternatives. Of course, ultimately, the overarching short-term goal is to improve the municipality and the region’s capacity for stormwater management throughout Cape Cod.

The long-term project objectives are much broader. Long-term goals include improving wildlife habitat, improving water quality for commercial and recreational uses, and reducing algal blooms and frequency of shellfish closures in the embayment.

The ultimate long-term objective is being able to transfer the project model to other communities throughout the region who would also like to implement best management practices to address their own watersheds.

The two sites, Cordwood Landing and Prince Cove Marina, include a bioretention area and a sand filter that are planted with native grasses, shrubs, and flowers. Each site, however, had unique design features to ensure its viability.

The site at Cordwood Landing wanted to incorporate bio-retention, enhance vegetated swale, and reduce erosion, which can be a source of pollutants. The landing’s runoff previously ended up in Cotuit Bay without treatment. By installing small, inverse humps in the existing system, water capture could be increased. Additional design features include permeable pavers to reduce erosion, increased filtration, and captured sediment in the runoff.

The site at Prince Cove Marina posed a unique challenge. The site includes a one-acre residential drainage area, the runoff from which flows directly into the wetland along Price Cove, one of the most impaired waterbodies in the Three Bays Watershed. The project sought to treat the run-off in this area through the use of a vegetated sand filter that has been designed with internal water storage to help create an anaerobic zone to increase the nitrogen removal capacity of the filter.

However, as previously mentioned, the Prince Cove site includes a residential drainage area – specifically a land trust that a private area resident uses to access his boat storage. This meant that the Town required an easement for construction and long-term maintenance. Thankfully, the Town was able to present planning and design with dual ownership of the site that ultimately offered a great opportunity for treatment and collaboration.

Along with these two specific sites, the project team had to address the challenges presented by multiple other locations that were subject to high groundwater and, therefore, were vulnerable to rising sea level and storm surges. They did this by ensuring the BMPs would still function as well, or even better, with rising groundwater levels, and by adjusting the proposed BMP locations based on projected sea level rise elevations, as well as actual storm surge data during recent storm events, thereby making the project resilient against climate change.

The last issue, long-term maintenance, brought in the input of the town’s residents. With their involvement throughout the design process for considerations including plant selection, pretreatment and access, the project team was able to ensure the final design would reduce the maintenance burden and that it would fit within the town’s maintenance capacity.

The advancement of green infrastructure in the region has already resulted in great community support and efficiency. Stormwater management has been improved, and the mitigated risks from storms will be evident further down the road. Thanks to the practices implemented through the project, this project could serve as a guide for other communities.

“This project is focused on the Three Bays watershed, but seeks to have a greater regional impact through education, outreach, and transferability,” explained Wobst.

That is not the only way the projects efforts are being expanded though. Wobst continued, stating, “APCC is also currently working to support the cape-wide stormwater managers’ group to build this network of representatives from the 15 cape towns into a formal collaborative to better share resources for mapping, maintenance, and education related to stormwater management.”

By increasing interest and awareness, as well as by helping communities understand this solution, APCC expects to see similar projects like this across the cape.

Julia Edinger is the Assistant Editor for American Infrastructure Magazine. She can be reached at julia@penpubinc.com 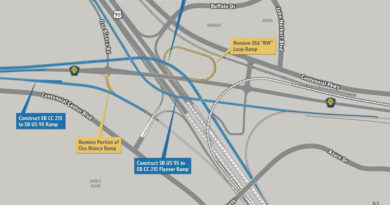 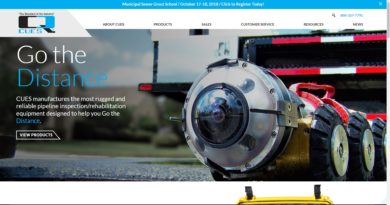