If you happened to glance at the Editor’s Note a few pages back while perusing this particular issue of American Infrastructure magazine, you might already be aware that this is not only our first issue of the new year, but also our annual outlook issue. And because this is a forward-looking issue, I won’t bother rehashing what we already know about the state of this country’s once great infrastructure — especially given that it has become obvious enough to become a matter of public discourse. This is an industry publication, after all.

It’s hard to believe, but January 30th will see President Trump deliver his first State of the Union Address. Who knows what this will entail, but hopefully we will finally be graced with some of the details of his long-touted trillion-dollar infrastructure plan. I won’t be holding my breath, though; he has yet to back any of his claims. Then, of course, there is the addendum of the simple fact that 45 has now made more than 2,000 false or misleading claims since taking office.

William “Bo” Mills, president of the American Public Works Association, whose full interview can be found in the back of this issue, had this to say on the matter: “Currently, there is much buzz in the news about President Trump’s infrastructure “priorities”… The White House plan is expected to call for $200 billion of direct federal investment over 10 years as incentive to spur an additional $800 billion in funding and financing from states, municipalities, and the private sector. The major hurdle is finding the funding source for the federal investment because it would need to be offset by spending reductions elsewhere.”

Regular American Infrastructure contributor, Governor Ed Rendell of Pennsylvania, had this to say: “President Trump is due to release his infrastructure revitalization plan in the next few weeks. Word coming from the White House is that he will only advocate the federal government spending $20 billion a year on a plan that he hopes, over the course of 10 years, will produce a trillion dollars. The math simply doesn’t add up. It is clearly not enough of an investment to do much about the sorry state of our infrastructure.”

Indeed, as anyone who has been paying the least bit of attention will surely realize, the numbers don’t add up. The Tax Cuts and Jobs Act of 2017 stipulates numerous cuts to be made to federal programs, including those that support infrastructure. How this factors into his plan is anyone’s guess, but the immediate outcome will be that of passing the buck to state and local governments. It stands to reason, then, that — provided it proves to be something more actionable than hot air — state and local governments will also be made to foot the bill for whatever infrastructure plan he cooks up.

So, given that the wheels of the machine appear to be spinning in place, if not about to fall off, what does the future hold for America and its infrastructure? Will our roads give way and our bridges collapse? Will our streets and homes flood more frequently? Not necessarily. I don’t have all the answers, and I don’t profess to have a crystal ball — but then one is hardly necessary; the signs have been made abundantly clear. As the old saying goes, “If you want something done right, do it yourself.”

As has become apparent over the past year, public officials at the local and state level have been taking up the reins with a hardened sense of resolve, confidence, and even pride. Where some have failed, others have stepped in. And this rolling up of the sleeves, these displays of actual leadership from elected and even self-appointed figures have inspired citizens in turn, instilling them with their own newly-centered senses of resolve, confidence, and even pride.

One needs only a few moments worth of Googling to turn up a staggering number of truly impressive projects taking place all over the U.S. From light rail systems to multi-lane highway realignments, historic bridge rehabilitations to flood mitigation projects and outfalls, a concerted push for sustainable, resilient infrastructure and renewable energy is being made across the nation. It may be worth mentioning that a great number of these projects have been met with an outpouring of public support, as well.

Even with a lack of federal leadership, the once dimming outlook of our country grows brighter and brighter still. And, as our country is made to come to terms with the reality of global climate change and its increasingly bizarre and damaging consequences, the people who have already risen to the occasion stand poised to tackle it head-on. What we are seeing now is people taking the future into their own hands. Maybe this was a part of President Trump’s plan all along.

Jack Simpson is an Assistant Editor at American Infrastructure magazine. He may be reached at jack@penpubinc.com. 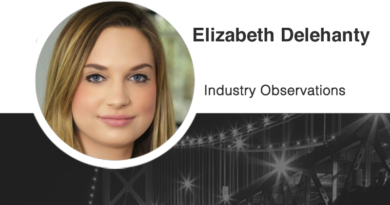 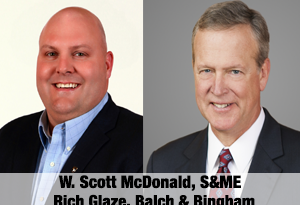 Sources of Funding for Water Infrastructure